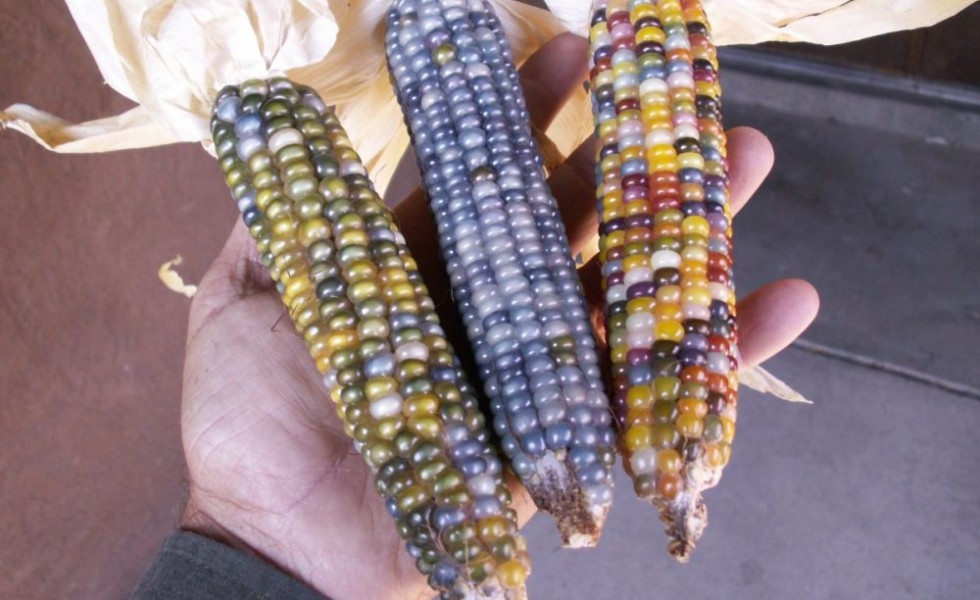 An American farmer’s experiment, who managed to grow multi-colored corn out of some attempts to isolate some types of traditional corn. The result was quick to become a sensation on the Internet, drawing the attention of all those with an interest in off-beat things. A Facebook page dedicated to the glass gem corn raised more than 8.500 likes, while online orders are constantly increasing. The American seed company that bought the patent has been ramping up the production to meet the demand for these rare seeds and cobs that more and more people give away as presents. Here is more useful information about the glass gem corn.

The old farmer, Carl Barnes, a half-Cherokee now in his 80’s, set out to explore his Native American roots, according to Business Insider. He began growing older corn varieties in his adult years (no one is exactly sure when this began) as a way to reconnect with his heritage. More specifically, in growing these older corn varieties, Barnes was able to isolate ancestral types that had been lost to Native American tribes when they were relocated to what is now Oklahoma in the 1800s. This led to an exchange of ancient corn seed with people he had met and made friends with all over the country.

At the same time, Barnes began selecting, saving, and replanting seeds from particularly colorful cobs. Over time, this resulted in rainbow-colored corn which has, first and foremost, a purely aesthetical value. According to the instructions of the selling company, this type of corn doesn’t like frost, but will grow anywhere the weather is warm and there is full sun. Seeds are generally planted after the last frost date in late spring. The soil temperature should exceed 15 degrees Celsius, or else the investment risks going down the drain.

The producer also recommends that seeds are planted 2.5 cm deep and around 15 cm inches apart in blocks of at least three rows (rather than a single long row) for good pollination, in full sun or semi-shade. The crop should be harvested about 110 days after planting.

All this while, weed around the young plants, especially over the first month when they are more sensitive, and water abundantly, especially when leaves start cropping. Use nitrogen based fertilizers when the plants reach 50 cm in height.

We know the colors, but have no idea what it tastes like. Unlike the sweet corn, this multi-colored type cannot be eaten off the cob because the kernel outer layer is hard. Most people grind it up into cornmeal and use it in tortillas or grits because it’s very starchy and it can also be used to make popcorn (it doesn’t come out rainbow-colored). A packet of 50 seeds sells for about 8 USD, enough to get up to 150 ears of corn per packet.