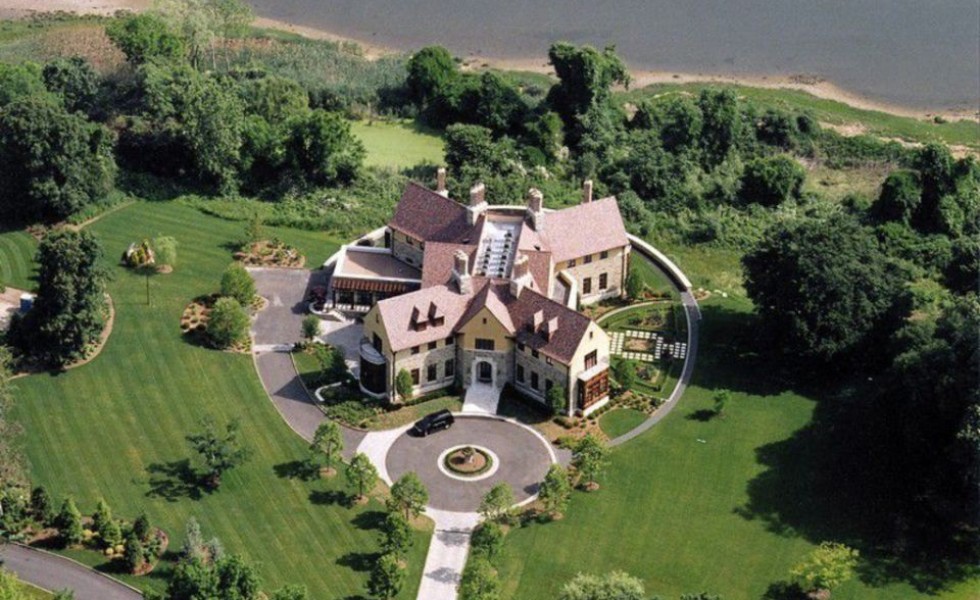 It is indeed an unusual design, but a very functional one, featuring countless practical solutions. First of all, an X shaped house enjoys waves of natural light which comes in on all sides. Secondly, the original design brings in more views, with a room opening on two different sides. Thus, the house basically cover a 360 degrees spectrum and nothing outside is missed by those inside. Below are three X shaped house plans, ranging from classic to futurist designs.

The first plan is a prairie style house which manages to accommodate over 5,000 square feet of living space and amenities on one level. Clever design brings the outdoors in through plant shelves in most rooms and stacked stone in columns and fireplaces, inside and out. Stone floors in the common areas create seamless flow from room to room. Custom-style built-ins in nearly every room personalize the space and provide display areas for books, art, and entertainment. The house features five bedrooms and five bathrooms, with each of the X sides housing different rooms: sleeping area, family zone and a garage. The second plan is a modern house, built on the edge of a hillside on the outskirts of Barcelona. Designers say the unusual design is the very sum of answers given to various problems they encountered during the designing and building process, such as a tree now towering next to the house and which they wanted to protect. Suggestively named X House, the two story residence boasts stunning views on the side overlooking a forested valley. On the roof, a terrace overlapping the house ground surface is the optimum space of relaxation. The third example is an X shaped luxury home built in 2004 on Long Island, spreading on 16,754 square feet home and having eight bedrooms and 13 bathrooms. The house sits on more than 2 acres, with 380 feet of water frontage, a dock and a boathouse. All the bedrooms are en suite, with a shower and separate bath, plus two closets. The master has two bathrooms connected by a giant glass shower. The home was built with no wood framing, only cement and imported stone, “like a fortress”, realtors say.