The Ultimate Treehouse – Raising The Bar 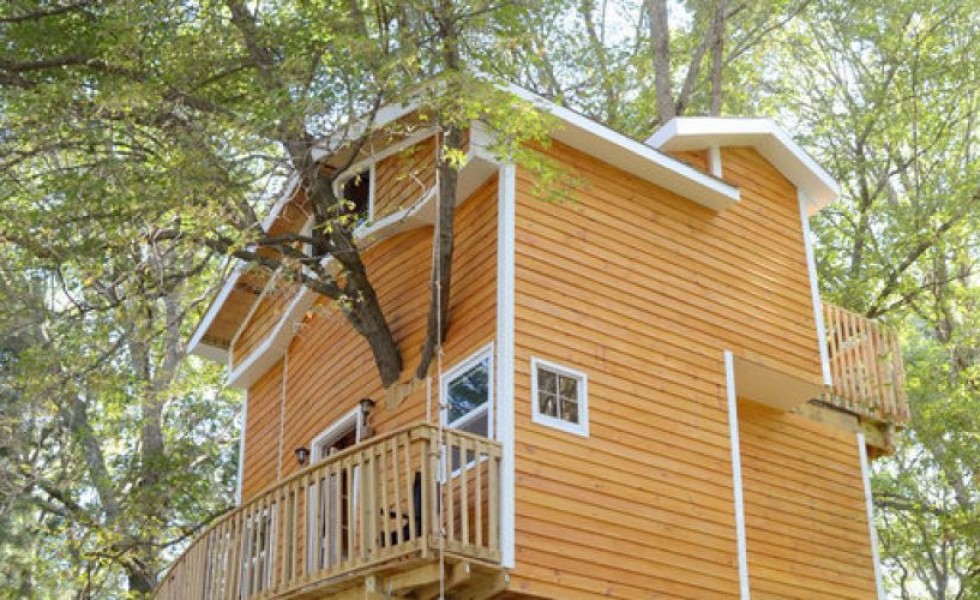 We have seen many treehouses so far and all of them have impressed us, either through their design or the story behind them, told by people who wanted to break the patterns and find the happiness they had been looking for so long. This time, the treehouse, as we generally refer to, is something completely different. Its story follows below here.

It all started when a grandpa, Jay Hewitt, thought of testing his skills on a whole new level: building a treehouse for his 5-year-old grandson and 4-year-old granddaughter. Not only was the challenge successfully met, but the house up in the air is truly impressive and raised the bar among this so to say unconventional buildings.

The house sits on 780 square feet and has three stories and is supported by four massive oak trees in Hewitt’s backyard. It features an entryway, stairwell, family room, loft and an epic slide down to the ground below and there’s even working electricity. Unlike a typical treehouse accessed by ladders or by climbing up a rope, Hewitt’s version has a full staircase leading to an expansive deck. The house was built throughout a year and a half with wood coming from the grandpa’s property. The ultimate treehouse – three stories and a slide down He says the project was an old dream of his. “I had a treehouse when I was a kid, but it was basically a 4-by-8 sheet of plywood,” said Hewitt, 59, a licensed contractor and member of the Attleboro Planning Board in Massachusetts. “But I never dreamed that a treehouse would be anything like this”, he told Thesunchronicle.com .The impulse came after the “Treehouse Masters”, a four year old TV series on Animal Planet which inspired many other people to build their own tree top retreats. He designed and built the house himself. Hewitt and his wife are currently trying to sell their property, but if they don’t, he plans to add a bridge, an additional platform and roof deck to the treehouse next year. But before that, he is planning to finish the interior.