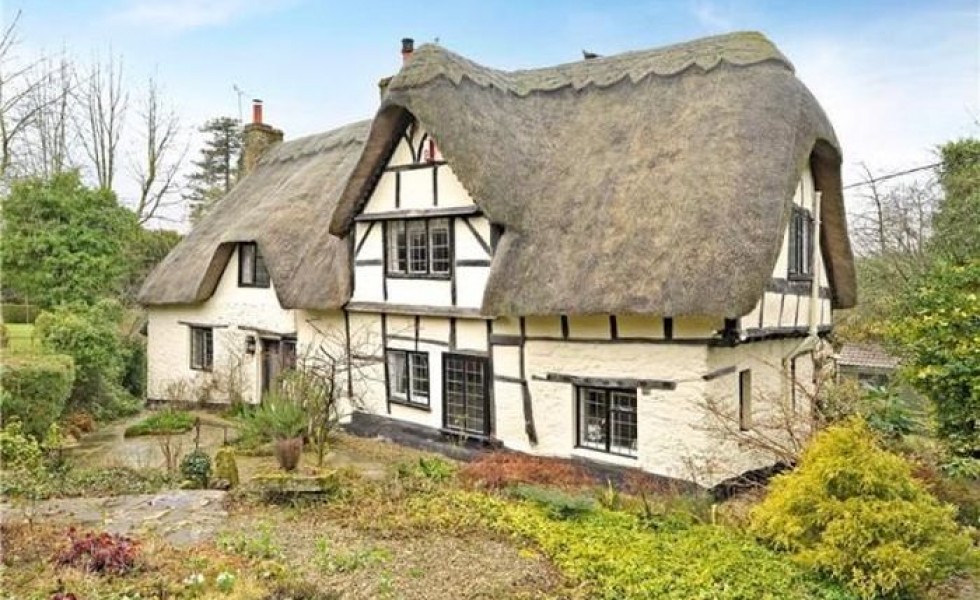 A medieval thatched house is first of all a romantic sight, radiating that unmistakable rustic feel. But selling such a dwelling for about 700,000 may seem to many a scenario of a fantasy movie. But it’s not, it’s the sheer reality and the house was scooped up right away. Let’s take a close look at this beautiful thatched house which sold like a hot cake despite its venerable age.

The house was built in the 14th century and lies at a stone’s throw from Stonehenge, in an area famous for its idyllic and charming medieval villages. The house is located in the beautiful hamlet of Chittoe in a breathtaking landscape over which times has laid like a protective blanket. The attic home has five bedrooms in its structure and appeared before its customers as a house descending from a fairy tale book: a thatched roof, timber framing and wooden beams in all rooms and plenty of bright summer blooms in a natural green décor. The thatched cottage – as if descended from a fairy tale book The thatched cottage – sun terraces and a lot of lavish vegetation The description the real estate company which oversaw the sale of this medieval home seems directed at the potential customers’ appetite for a retreat in an environment unaltered by the passage of time. “There are pretty winding paths, mature herbaceous borders and sun terraces positioned to make the most of the lovely views. Sounds like a dream, doesn’t it?” the company lured the interested buyers, according to House Beautiful magazine.

If the exterior may appear classy to some, the interiors reek of elegance and personality, posing as genuine spaces where you turn back in time without missing anything of the contemporary times. All over the rooms, solid wooden beams, in the ceiling or walls, are a solid testimony of this beautiful house’s centuries’ long existence. Here and there stone clad areas, terracotta stoves and elegant fire places complete these mesmerizing rustic décor. All these elements are highlighted by the whitewashed walls.