The Hideout In The Woods – An Artist’s Dream 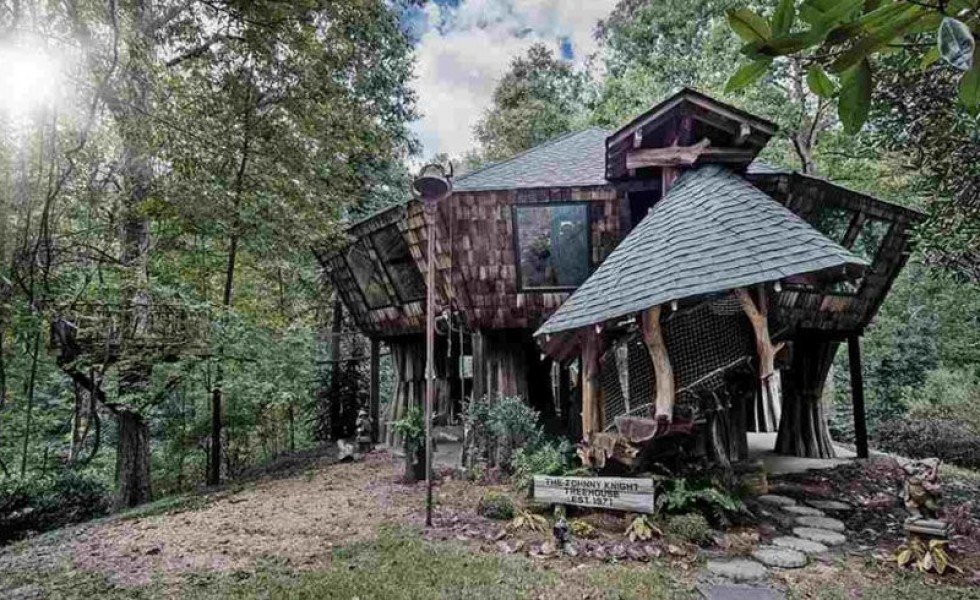 If you were walking in the woods around the town of Mendenhall, Mississippi, and ran into this small house lying right at the heart of the wild, the first thought that would be crossing your mind is that you ended up by mistake on the set of a fantasy movie and probably stood before the dwelling of the bad character. Seen from the outside, the small house on thick wooden posts doesn’t inspire too much confidence to go beyond its threshold. The interior is something else though.

No, this is not the set of a fantasy movie, but the work of an artist, John Knight, whose name at least fits the fairy-tale like atmosphere his house exudes. It all started many years ago, in 1971, when the man discovered this meadow with magnolias, maple trees and white oaks. This is when he decided to start building an octagonal home, featuring dynamic lines, seemingly in motion, leaving the impression the house is crooking in pain. The hideout in the woods – generous outdoor spaces

Inside, all the décor is also inspired by the forest all around – wooden floors, ceilings, and walls — even the railings on the stairs are made out of branches. After John Knight died, the new owner, an artist himself, too, completed the interior design by building a tongue-and-groove ceiling, a stacked stone fireplace, hand-crafted doors, and a redwood bar and countertop, according to US magazine House Beautiful. The hideout in the woods – the living and the kitchen The house features a spacious living with the kitchen included, a bedroom and a bathroom, and spreads outside onto a terrace and a tree suspended platform you can reach by passing a walkway. The interior, as the pictures perfectly show, is full of warmth, radiated by the ubiquitous wood, and highlighted by plenty of natural light coming in through the large windows, while discreetly set lighting fixtures bring some further interesting accents. The hideout in the woods – the bedroom and the kitchen At last, the story had a happy ending. The new owner sold the small house to a cousin of John Knight for 135,000 USD. The hideout in the woods finally returned into the family of the man who built it more than four decades ago.