The Greenhouse Residence In Rotterdam – Living In The Future 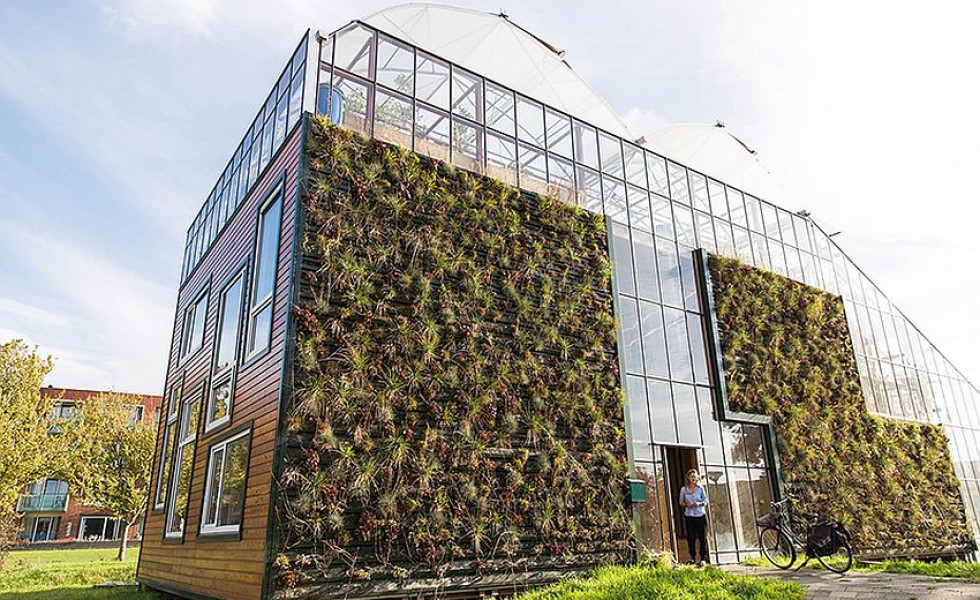 The story behind this unusual house doesn’t only come down to its special architecture. It is more than meets the eye and it wouldn’t be surprising that such houses become a usual sight in a couple of decades. The greenhouse residence in Rotterdam is an experiment done by a local university which we will detail in the text below, with a family of four at the core of it.

The project is set on building a house that grows its own food, hence the greenhouse residence concept, according to website Homedesignlover.com The professors and the students of the Rotterdam University were looking for a family to test the experimental houses they were building to make it both a place to live and a place to grow the food for the family. A family of four, comprised of the couple and two teens live in the house with their dog, two cats, and four goldfish. They will be spending three years in the prototype home to test the viability of the residence which is located nearby Concept House Village. The house grows their own food in their rooftop garden. The greenhouse residence in Rotterdam – an incursion into the nature inside The house features two levels and three bedrooms, all on the first floor. Each of the rooms has its own door that leads to the covered courtyard. It has a kitchen downstairs and a living room that have access to a covered terrace. Wooden stairs connect the two floors, leading to the roof deck which hosts the greenhouse. On the outside of the greenhouse is a vertical garden that provides a bee-friendly habitat, and in summer, the family intends to expand their garden from the rooftop outside.

As expected, the interiors are all bathed in natural light and plants can be seen anywhere, regardless of the room type. And since this is meant to a sustainable house, hot water is being provided from a system of 100 solar-heated pipes that store water in a large buffer tank that can also be heated with a pallet stove if necessary, and the university monitors energy and temperature performance year-round. The greenhouse residence in Rotterdam – following the sun