The Floating House – Sailing Against The Trend 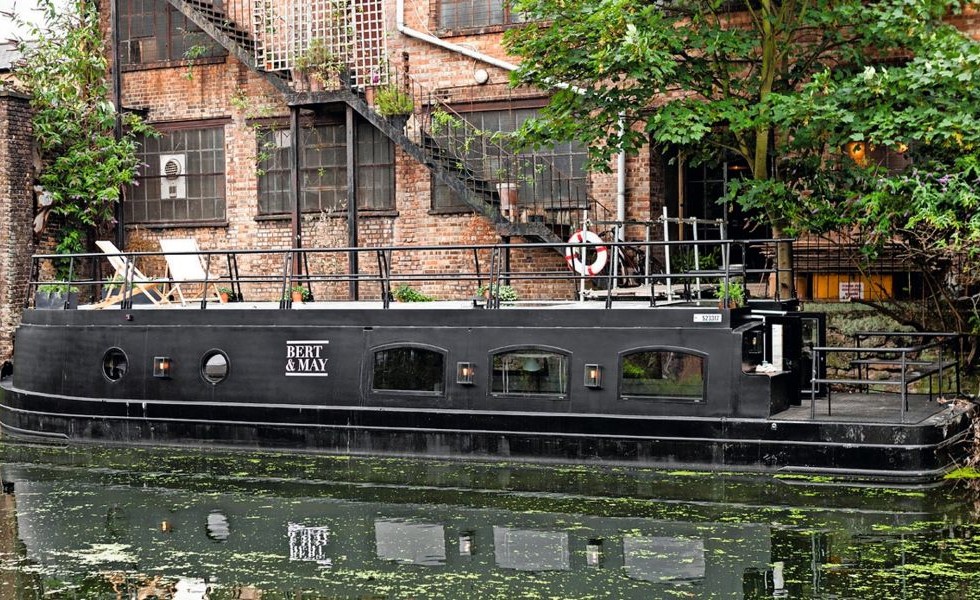 When you want to break away from the crowd, ideas are many. You just need to set your mind to it. This is what did an Englishman, a prosperous businessman dealing in the industry of construction materials, who wanted a different home in London, where he also owns a warehouse. It didn’t take long till he discovered the barge that was abandoned on one of the city’s canals and renovated it, turning into a genuine floating house.

Lee Thornley says has motivated to find an alternative house due to high costs of renting and staying in hotels. “I needed somewhere to live, close to work, for the few days a week I’m in London. So I built myself what I think is the ultimate pad.” He was fed up with the cost of renting and staying in hotels. “And London property prices are just too high even for those of us on a reasonable salary”, Thornley told The Guardian.

He hired a stylist to supervise the complete transformation of the boathouse. The 46ft-long “city barge” is clad inside with whitewashed reclaimed timber and has underfloor heating, a wood-burning stove, a marble-top kitchen and vintage furniture bought from auction houses in Denmark. He remembers that the wooden stove was so heavy that extra concrete had to be added to the opposite side of the boat to counterbalance the weight. A skylight brightens the interior, the bathroom is clad in Moorish, geometric tiles, and a linen curtain separates the bedroom from the living quarters. It’s moored on Regent’s canal in east London, behind his company’s warehouse. He says that his now 130,000 pounds evaluated floating house is becoming a popular sight across the canal. “You wouldn’t have a clue that you’re in a city. And there’s more of a community than you might think: I’ve already had people from the boats opposite over for drinks. The only downside is the lack of privacy – I get woken by the ding-ding of bells as cyclists ride along the towpath”, he says.