Soleta House On The Forums – What People Think

A few years ago, a sustainable, eco-friendly house developed in Romania was making headlines across the national media, with a lot of interest in it coming from abroad as well. A modern ecological house, featuring a futuristic design, developed by the Justin Capra sustainable technologies and invention foundation, the Soleta house concept is now at its second generation, Soleta Plus. It is the practical answer given to a new generation which appreciates a harmonious relation with nature more and more, but with a close eye on costs, too. Here is more about Soleta house on the forums and other details of the new generation of eco-friendly homes.

Soleta Plus is a new concept of homes which came into being after two year’s research and architectural and functional optimization of the previous models. The new designs are represented by Soleta One Plus – the smallest of the houses in the new generation. Spreading on 60 square meters, this house features two bedrooms, along day rooms, a bathroom and a kitchen. It sells for 39,000 Euros. 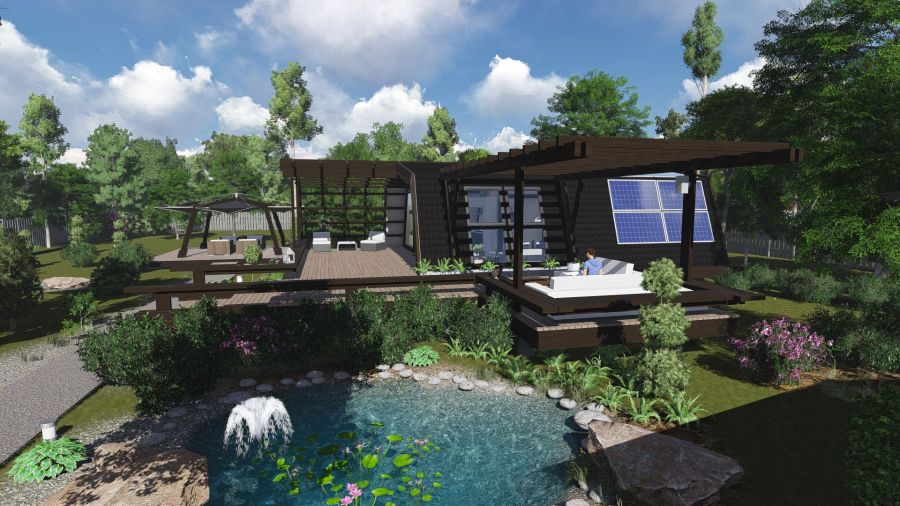 The next plan is Soleta Two Plus, a house sitting on a living area of 84.5 square meters, featuring three bedrooms and two bathrooms, a living, a dining and a kitchen. The price for this turnkey house is 59,000 Euros. The third plan is Soleta Three Plus, a house built on a post&beam structure, with a living area of 100 square meters. The house packs two bedrooms, more generous in space, each with its own dressing and bathroom, and many storage spaces, along the habitual living, dining and kitchen. It sells for 75,000 Euros. And finally, Soleta Four Plus, a two story house spreading on almost 160 square meters. It features three bedrooms, one lying on the first floor, next to a large room which can also serve as a recreational room or study. Its price stands at around 109,000 Euros. Each of the models above can benefit from an optional package ensuring energy autonomy for houses built in off-grid places. Touching on the topic on online forums, people appreciate the ingenious design and the ecological qualities. “This is a merry and bright home, just like a man. It is very human”, says a reader. “I like its transparency, the wood and the colorful details. It is perfect for those who think the living space is their second skin”, someone else says. “The house architecture is superb. I am glad to see a modular home, which means it can be expanded. The patio is a beauty”, another one opines.

Other say the design itself is not enough. “What do you do if you have kids? Where do they sleep” This looks like a caravan”, someone says, probably referring to the smallest house of the first generation. “This must be a joke. It is made of wood. But a house has to be also made of brick, cement etc to develop a thermal mass and stock the energy inside. This house doesn’t even have a foundation. I live in a wood house and all the houses in this area are made of wood. After 50 years they all have to be brought down and rebuilt”, another one argues.

But he gets a reply from another reader who believes Soleta is a “project worth promoting”. “Unfortunately, people are not very open to a design different from the classic homes’. He also comes up with a solution. “I think the designer should somehow combine his concept with the classic design of the wooden houses which sell in large numbers these days”.