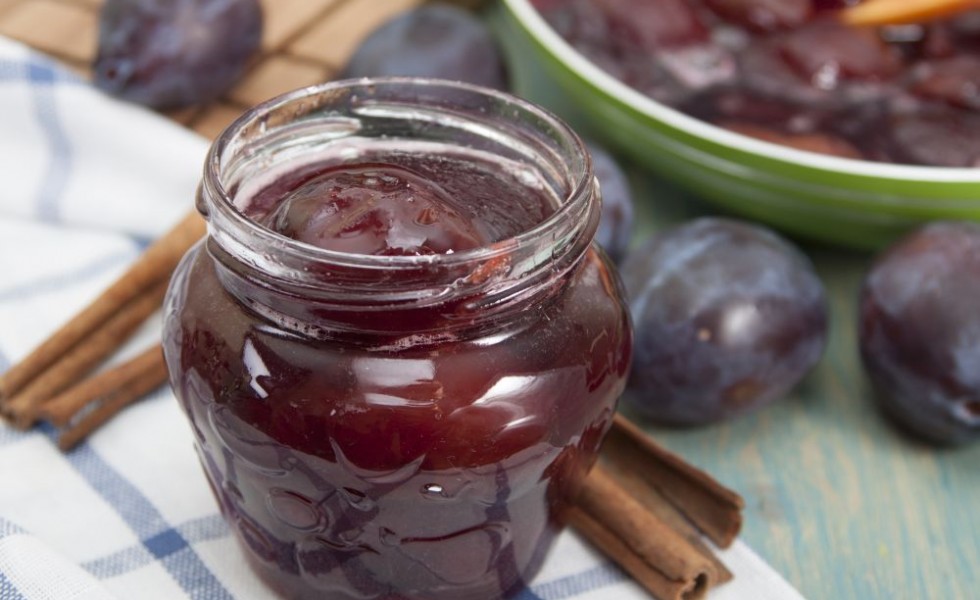 There is no point in comparing the home made jam with similar products on the store shelves. First of all, it seems to taste so much more like the fruit it came from than jams you find at the store. Secondly, it is much healthier than the artificial products we buy and no one can dispute that, no matter how many “organic product” labels one may find on a jar. And since fall is approaching, let’s take a look at several recipes of plum jam without sugar which will sweeten our mornings on the chilly days to come:

The first recipe we found uses honey instead of sugar. So you need five cups of chopped plums – no pits and make sure you leave the peel on the fruit, the juice of a lemon and one cup of honey. Put honey, lemon juice and cut plums in pot and stir. Let mash sit for an hour. Bring mixture to a boil over medium heat, stirring and skimming foam with a large metal spoon. Cook at medium heat for about twenty minutes. Then reduce heat to a low, low simmer and cook another 30-40 minutes to reduce water content and thicken. Stir occasionally.

The second recipe is even simpler: use the ripest plums, core them, slice them in large chunks, put them in a heavy-bottomed pot and simply simmer them on a medium flame into the thickest jam. Do not stir at the beginning as the plums start to soften and release their juices along a fantastic smell. After a while, the liquid will start to evaporate and the jam will start to thicken: that’s when it needs your undivided attention and stirring. In the final stages, you’ll see that you have to stir almost all the time or otherwise it’ll stick to the bottom of your pan. If it has drastically changed in color and has become really thick, that’s when you know it’s done.

For the third recipe we need 1.5 kilograms of ripe cored plums (for three 200 gram jars of jam) and, optionally, cinnamon or nuts. Put the plums in a pot and place it in the oven for 20-30 minutes till the plums start releasing the juice and boiling. Take the pot out of the oven and put it on the cooker and let it simmer for two hours on a low flame, regularly stirring using a wooden spoon. As the mixture thickens stir constantly to prevent the plums from sticking to the bottom of the pan. As you draw to an end, add cinnamon powder for a sweet aroma or raw nuts for a richer taste. In all the three cases, scoop the jam while still hot into glass jars and cover them hermetically.