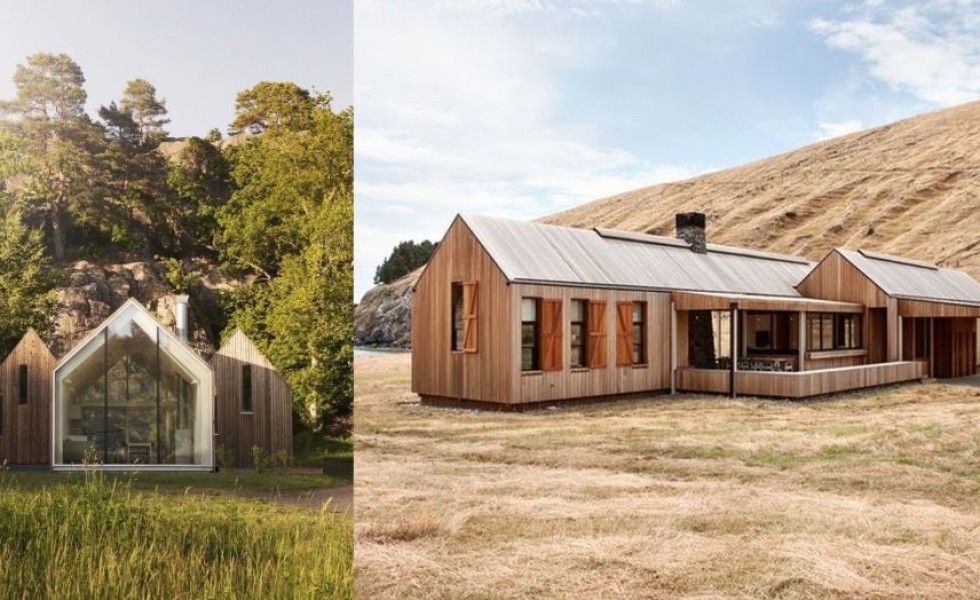 There’s probably no other stronger drive these days than humans’ quest for nature, in a moment when the urban environment gets ever toxic and stressful. Regardless of our social status, we all crave for this still unspoilt space but which has been under constant siege from humans, searching for the tranquility which puts us back on tracks and fill us with vitality. In this context, nature integrated houses are probably the shortest way to this state of exuberance inspired by nature. Below are several examples.

The first one shows a house which, seen from the distance, seems to be a natural extension of the beach it was built on. The wood and glass clad house elegantly floats over the sand dunes, featuring many outdoor spaces which make the transit area towards the surrounding nature. The two volumes the house sits upon feature guest spaces with direct access to the waterfront deck, while the upper floor houses the owner’s accommodations. The whole place is equipped with geothermal heating and cooling and photo-voltaic electric panels. Nature integrated houses – the retreat floating over the dunes The next example is a house inspired by the childhood urge to build tree houses. Positioned between a dense grove of pines and a lush foreground of salt meadow cord-grass leading to the bay, the house is formed about and within the elements of trees, tall grasses, the sea, the horizon, the sky, and the western sun. The piles upon which the foundation rests mimic the form of the forest, fusing the natural elements of this barrier island to architectural form. Lifted off the ground, the house touches the site very lightly, reflecting an environmental ethic. Nature integrated houses – a design inspired by the surroundings The subsequent images speak for themselves about best integrating a house in nature. In the picture below, a house built in Sweden wouldn’t be probably noticed easily unless lights inside are on. The house integrates so surrounding environment so perfectly that it appears to be just another rock on the mountain slope. In these next images, a house built in the Swiss Alps makes a perfect example of a physical integration in nature. The house opens to the nature through a central patio and large window openings which absorb all the potential natural light and transfer it to the underground interiors.