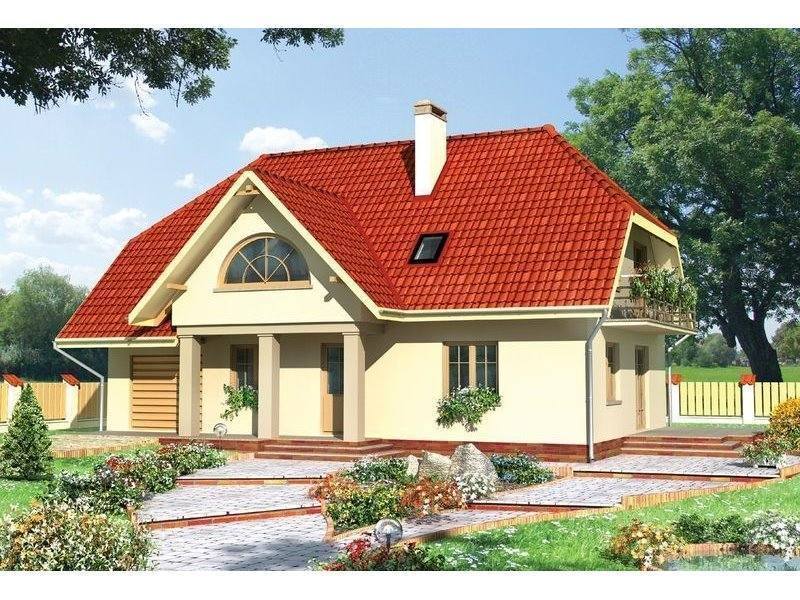 Nothing is more beautiful than having a big family and no home is more welcoming and warmer than the one where many joyful  people live. Because a large family, although beautiful, needs certain conditions, we have prepared in the ranks below three examples of homes for numerous families. We have selected three four-bedroom apartments, suitable for a family with two or three children, for example. In terms of the appearance of the houses, we focused on the traditional style and we address especially those who want a house like in the stories, to remind them of the house parenting or the grandparents.

The first project has a particularly beautiful architecture with massive roofing, large balconies at both ends, and a porch supported in three columns with a window on top. As far as the surface is concerned, the house has a built area of 160 square meters, of which the usable area is 130 square meters. On the ground floor there is a vestibule, a central hallway, but also a smaller one that leads to the garage, a bathroom, the living room, a closed kitchen with dining room, but also a small office. In the attic there are four bedrooms, one matrimonial with a private bathroom and a dressing room, as well as a balcony, followed by three other small bedrooms, which share a bathroom. The next example is a rustic house with a two-sided gallery surrounded by a beautiful wooden fence, which is also located on the balcony. The ground footprint is 125 square meters, and the key price reaches about 59,000 euros. On the ground floor, a bedroom completes the living spaces, while in the attic there are three other bedrooms. Finally, we present a balanced, beautiful design with a delightful symmetrical façade and a pair of columns walled on one side and another of the entrance. It has a useful area of 130 square meters, and the four bedrooms with two bathrooms are located along a hallway. The two bedrooms in the back exit the terrace through the elegant glazed doors, just like the living room. The kitchen is open to the living room, which separates a bar with four seats. The price of the construction of this turnkey dwelling is slightly over 65,000 euros.