Beautiful Romanian Folk Motifs and the Objects They Are Depicted On 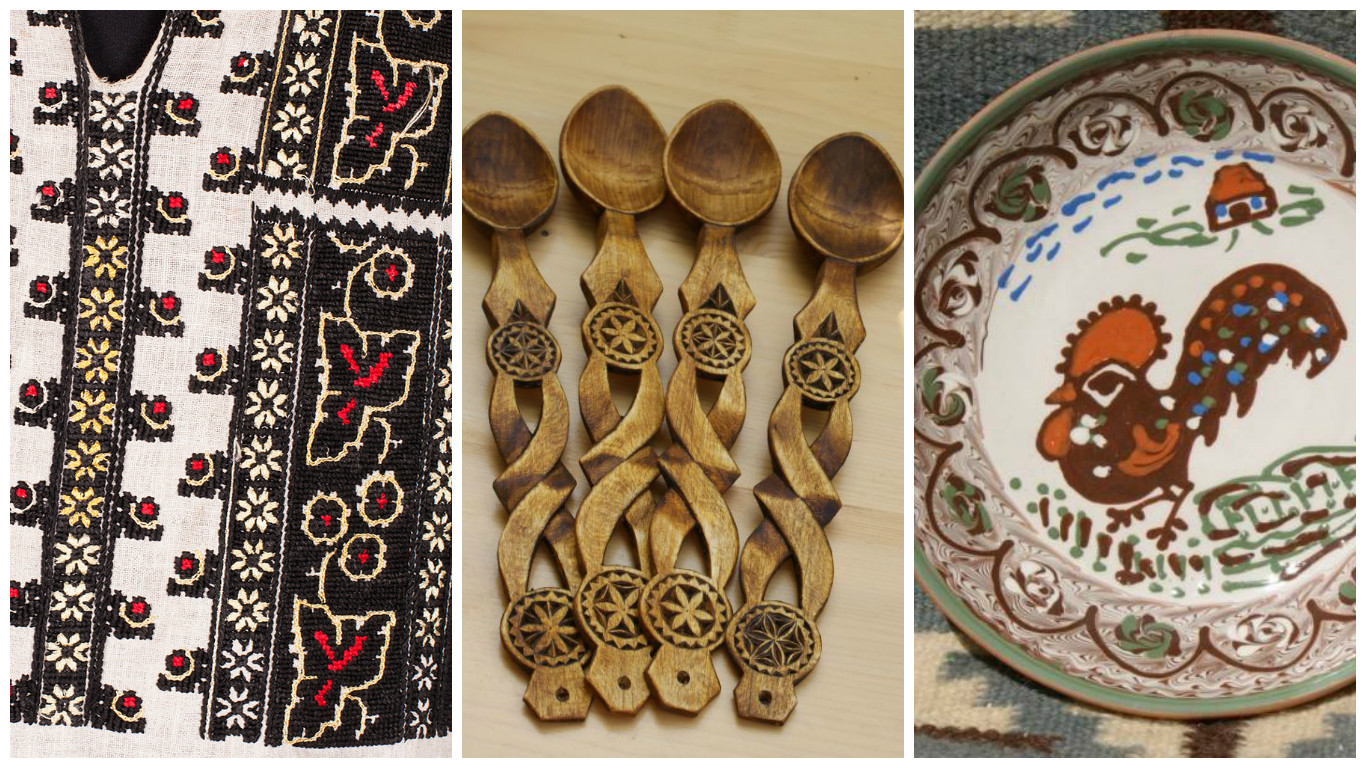 Floral motifs, geometric patterns and animals are among  the most beautiful Romanian folk motifs found on a wide variety of hand-made decorations and accessories. Here are some of these handicrafts.

More or less stylized, flowers are found in most artisan creations.

In Bucovina, eggs are decorated especially with floral motifs along other geometric patterns.

Roses are among the craftsmen’ favorite flowers. Here are some illustrations on this traditional Romanian blouse (ie) and this ceramic jug from Horezu region.

From trees to grape vines, vegetation motifs are ever-present in handicrafts.

The animal kingdom is present in Romanian folk art as well. Butterflies are found on fabrics, while birds are preferred for ceramics. An example is the famous rooster on Horezu pottery.

Corund pottery in Harghita is often decorated with birds, besides floral and vegetation motifs.

A symbol of wisdom, the owl is also present in Romanian folk art.

An ancient symbol, the solar wheel is found on big and small objects, from the famous gateways in the Maramures region to the small objects traditionally offered and worn on the 1st of March (martisor).

Various handicrafts are decorated with folks, especially women. The most common pattern is women holding hands, dancing hora, but couples are also depicted.