Van Gogh’s Bedroom Recreated In Chicago. Spend The Night Inside One Of The World’s Most Famous Painting 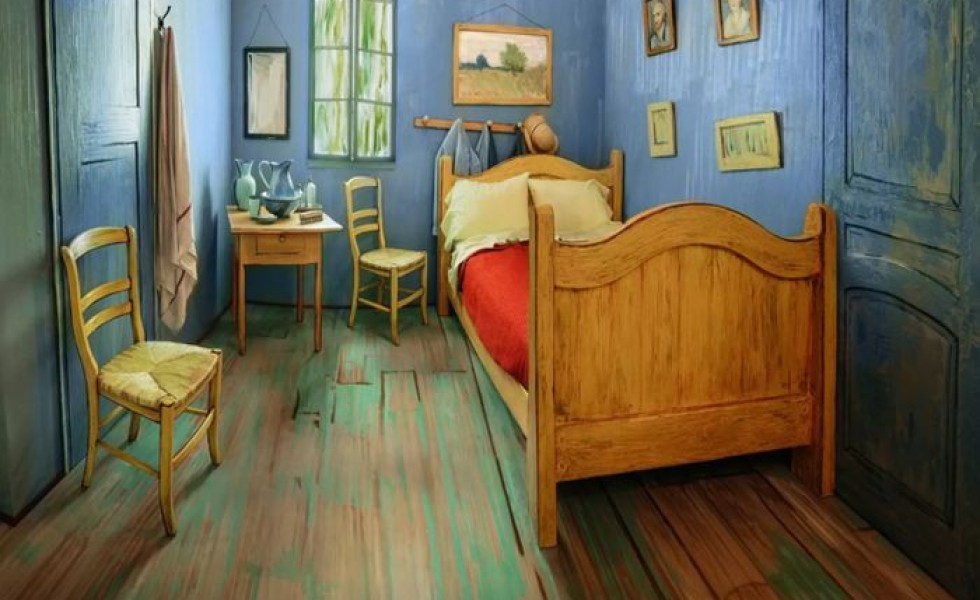 A bedroom as a work of art, but not any, but one signed by Vincent van Gogh. “Bedroom in Arles”, the canvas painted in 1888 by the Dutch artist, can now be admired not only visually, but also by living inside it, literally. The Art Institute of Chicago came up with this brilliant idea, giving the chance to those in love with art to see the world from the painter’s perspective. “Want to spend a night in one of the world’s most famous paintings?” sounds the invitation launched by the institute.

The dreamy bedroom, which is located in River North, Chicago, was built to promote Van Gogh’s Bedrooms, a new exhibit at the museum that will feature all three versions of the painting for the first time in North America, from February 14 to May 10. The three bedrooms are different paintings depicting the same intimate space of the painter during his stay in a house in Arles, a town in Southern France.

The room can be rented for two persons at most for just 10 USD per night. In their ad, the curators of the museum argue the money will be only used to buy paint, probably to recreate similar spaces. More interesting is that the listing sounds as if written by the artist himself: “I’m charging $10 for no other reason than that I need to buy paint. However, I will be happy to provide you with tickets to my exhibition at the Art Institute of Chicago.” As expected, the room has already been booked through February.

This room will make you feel like you’re living in a painting. It’s decorated in a Post-Impressionist style, reminiscent of Southern France and times gone by. Its furniture, bright colors, and artwork will give you the experience of a lifetime, the initiators also guarantee. Another recreation of the famous bedroom will also be part of exhibit which opens Sunday and runs through May 10. Van Gogh’s bedroom – impressive details of the replica bedroom which seems to be a work of art itself, too