The Timber And Polycarbonate House – Multifunctional Design From Japan 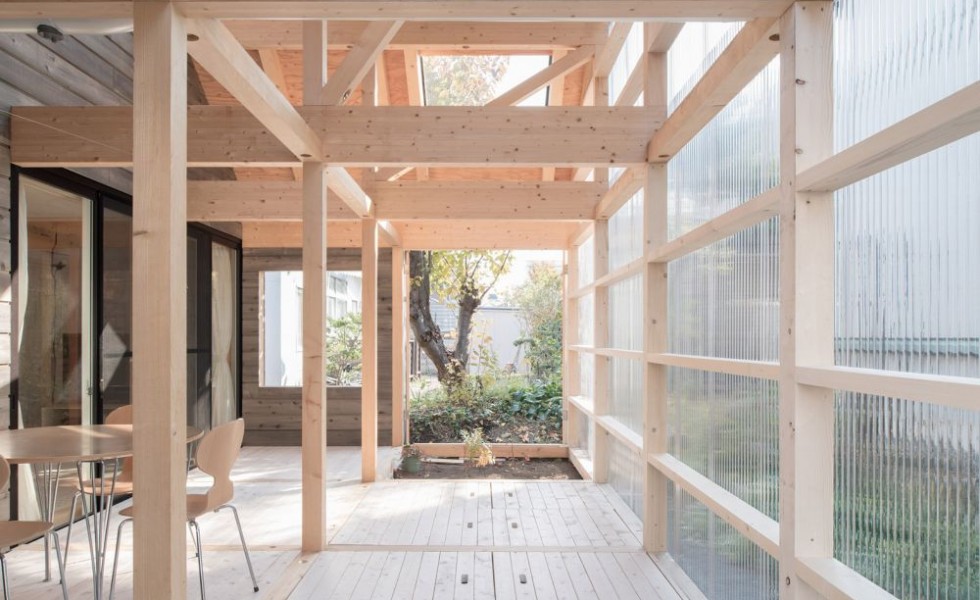 A Japanese architect built a house whose interiors resemble the exteriors, with the explanation for this strange visual fact residing in the multifunctional role the architect wanted to give this ingenious house. The house was built in a residential area in Sapporo, the capital of the Hokkaido Prefecture and the homonymous island, the northernmost of Japan’s main islands. The house, which presents itself as an off-beat combination of timber and polycarbonate, is a stark presence in the Shinkawa neighborhood.

The building is split into two parts, namely a well-insulated wooden living area and a terrace encased in the translucent polycarbonate plastic. The explanation for this interesting duo comes from the architect himself. “This is a house with a space that looks like an interior as well as an exterior,” said Takagi. “We call it a terrace because it is a half-exterior space that is bright and open. From spring to autumn, it works as a part of the living space. And in winter it works like a glasshouse, which keeps off the severe cold”, he told design website Dezeen.com The house has a footprint of just 53 square meters, a measure intended to keep construction costs low. Half of this area is occupied by the semi-sheltered terrace, which offers some protection from the climate. The two parts of the house are connected by a set of sliding glass doors, giving the house a “continuous relationship and a discontinuous relationship with the indoor space at the same time,” according to the architect, it further said.

The two house-shaped bedrooms are slotted between the living space and the sloping roof overhead – similar to another house that the architect designed in the city. Small windows in these attic bedrooms overlook the living space below. Wooden stairs connect the space below to the two bedrooms upstairs, with the whole area bathing in natural light which makes the wooden beams visually stand out and add elegance to the structure. A beautiful skylight opens the roof between the two living structures.