A Brief Guide To How To Build A Wood Frame Bed 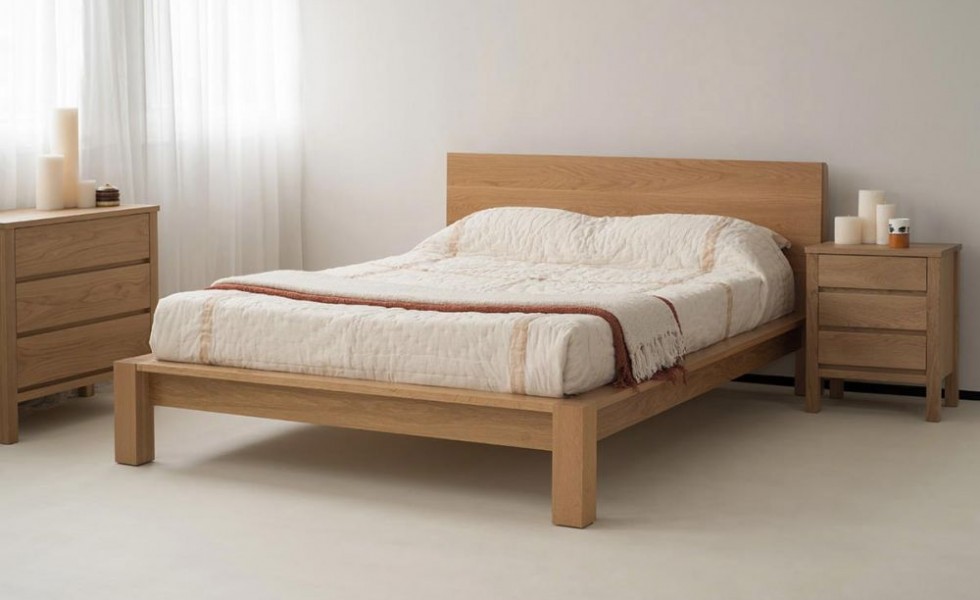 A little craftsmanship doesn’t do any harm to anyone. Besides saving some money, the furniture items you build yourselves bring some customized flavor into your room, while keeping their basic practical roles, such as perfectly adapting your interior spaces and thus allowing you to create well-proportioned decors. We have previously seen some examples of DIY furniture, but today we take a close look at a project we all need, regardless of the size of the home and whether it’s a big house or a small flat. Here is more on how to build a wood frame bed, presenting three models, each accompanied by telling images making the work easier, via Wikihow.com.

The first model is a standard queen bed measuring 2/1.5 meters. The first step is building the wood frame of the bed, by following the instructions visually described below. Attach the four planks to the wood head posts by using metallic clamps. Another option, a traditional one, is attaching the planks by means of cutting notches into the posts. Consolidate the wood frame by inserting support rails in the middle, equally spaced, using the same options to attach them to the side boards. Lay a plywood sheet at the end of the process and then place the mattress. The second model is a platform bed which consists of a base wood frame with no posts attached, made from four planks attached to each other by drilling screws. The support beams are two boards of the same size with the ones forming the base frame. The platform is then consolidated by means of an upper frame that will support the plywood sheet, in one or two pieces. The mattress will now rest on a uniform surface, without any hollows taking shape in time. Finally, the final project is a bit more complex, but boasting a plus of aesthetics. The bed platform is made of two end boxes which can also serve as useful storage spaces. Another compartmented wood frame will serve as a table headboard where you can also store books and other decorative elements. This top frame will support itself on separate posts. Add an extra shelf on top of it and then build two new compartments, for an aesthetic plus. How to build a wood frame bed – a complex, but more attractive project