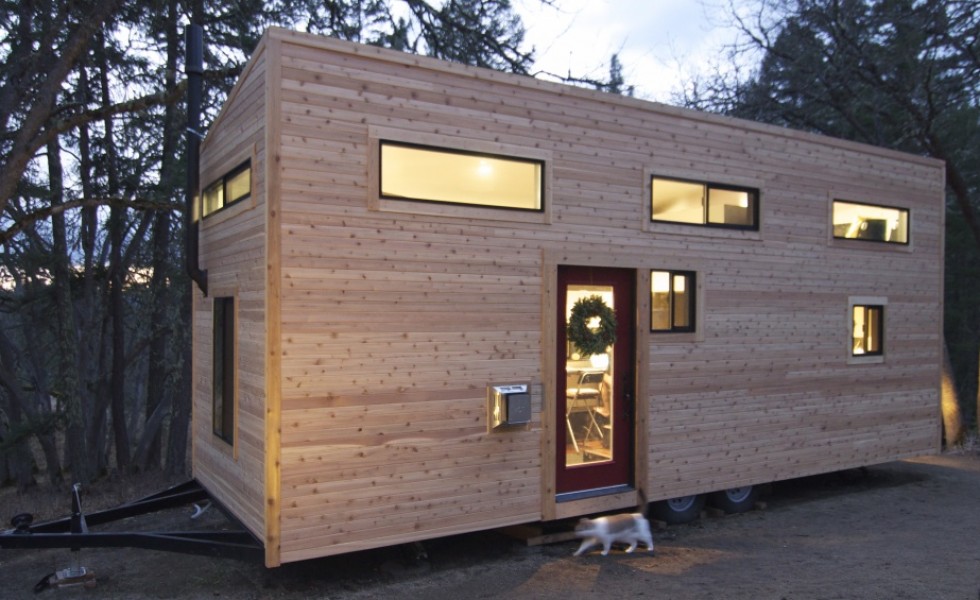 Andrew and Gabriela Morrison have always wanted their own house, a crib of intimacy and happiness. But the prices on the real estate market were standing in the way and the two were firmly against taking bank loans and buying a traditional house. So what was left for them to do? The sole solution was the two build their own house, what they actually did in the end. What came out can be seen in the images below – via website Brightside.me – a tiny dream house spreading on solely 20 square meters.

The house was built on the platform of an old caravan so it can be moved anywhere the bold plans of the Morrison’s would take it. From the outside the home looks like a wooden shed, with evergreen wood walls dotted by many small windows which open the inside to the nature outside. And if the exterior may look simple, the interior is more welcoming, a real open space which was discreetly divided into different compartments with various utilities. To begin with, the 20 square meter tiny home has a fully equipped kitchen. The so-called dining room is smartly integrated in a nook while the table can be easily converted into a working desk. The generous storage spaces are perfectly integrated in the walls which define the living and the dining downstairs. On the first floor, accessible thanks to classic ladders, lies a small bedroom, with small windows on two sides. At the other end of the house rests a second living which opens on top of a modern bathroom.

A fireplace was discreetly placed behind the main entry door, under the ladder leading up to the living, bringing extra elegance and energy to indoor spaces which lack distinctive décor elements. After all, the tiny dream house was built to serve practical goals, becoming a fine compromise between low costs and a fully functional living space. The Morrison’s now hope their example will inspire others to choose complete freedom, especially financial, and a simple, healthy and efficient living style. A tiny dream house – a kitchen, a bedroom and a living, nothing is missing inside the compact home