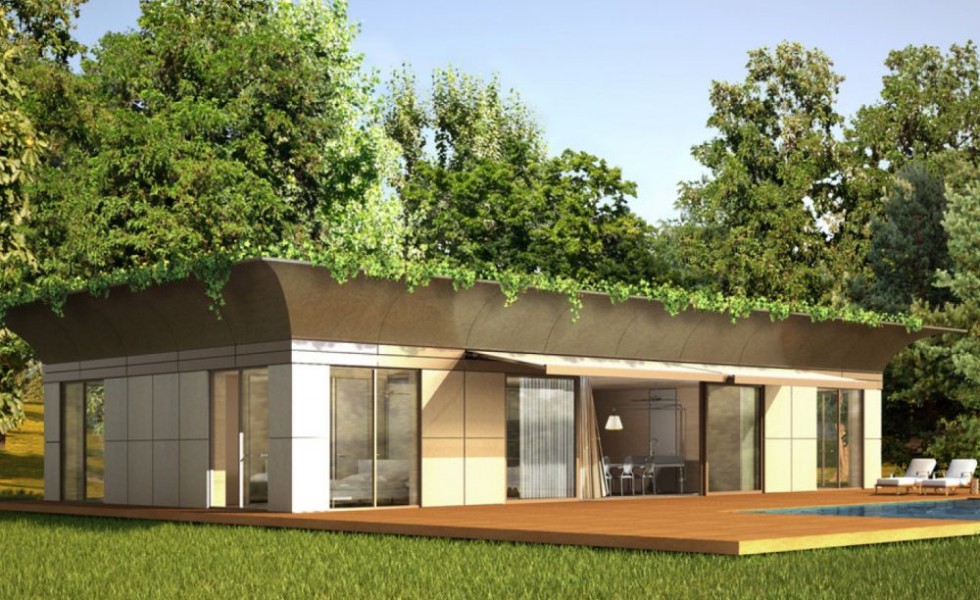 Modular houses appeared amid the growing need for mobility of people and represents a new trend in building a construction combining multiple aesthetic, economic, environmental and energy efficiency advantages. At the same time, the fact that all the structural elements are interchangeable enables owners to customize their home and accommodate it based on their needs, but especially the budget. Also important, these homes are easy to build which finally reflects in lower prices than standards houses. Here are three prefabricated modular homes.

The first plan is a two story house, spreading on 150 square meters. It is a house featuring a simple design, characteristic to this type of houses, which consists of two volumes with a connecting space in the middle which hosts decks for relaxing time. As seen in the attached plans, the home can expand with the addition of an optional bedroom anytime this need arises. The ground floor is home to day time activities and a bonus room which can also fit any need the owner may have in time. Two bedrooms rest on the first floor (or three, depending on the preferred layout), separated by a deck in the middle, accessible from both rooms. The second plan shows a small single story home, sitting on 50 square meters. It is a house made from prefabricated modules, built from structural insulated panels, ensuring a well-insulated and tight building envelope. The house features a simple structure which consists of a living, with a kitchen included, a bedroom, a bathroom and many storage spaces. A spacious deck open behind the house, accessible from both the living and the bedroom, expanding the small space inside. Prefabricated modular homes – perfect solution for families who start out Finally, the last plan describes a home whose final shape and structure is also directly connected to the owner’s needs. It is a house which can start from a simple module which can be attached others, significantly expanding the living space. What you see below is a living formula conceived for a family of four – two parents and two children – with the space featuring three bedrooms, two bathrooms, a living and a kitchen spilling into each other, and an outdoor deck which lies on 60 square meters.