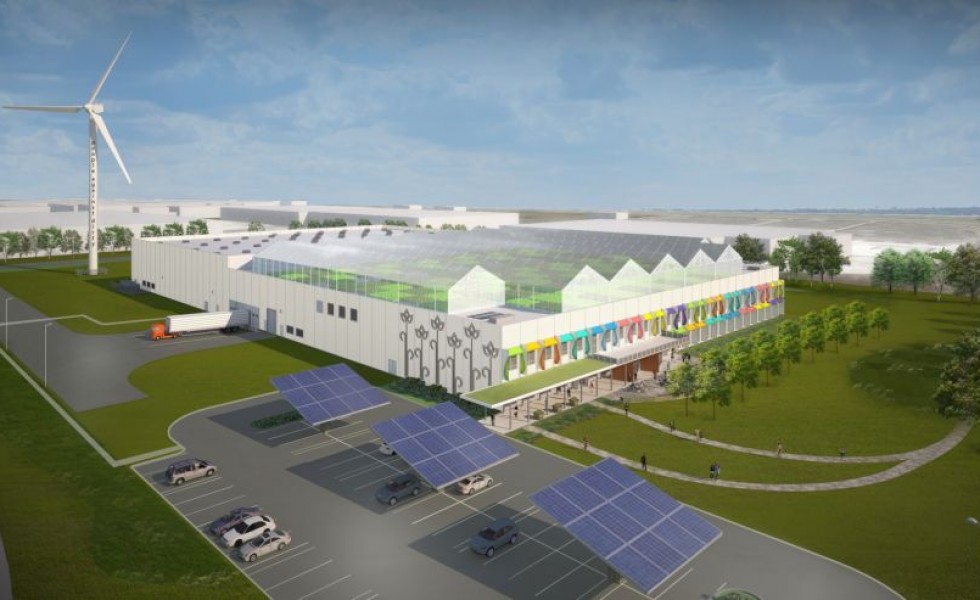 In the West, in the big crowded cities, the humans’ dire need for nature takes different and ever ingenious forms in reality. We have previously written about the urban oases of Chicago, those garden built among blocks of flats and office buildings that have proven very popular and are now sprouting anywhere. It is Chicago again that a company wants to build the world’s biggest rooftop farm in – am ambitious project which will probably inspire others. In the fight against urbanization and industrialization, nature is still crawling among colossuses of cement and concrete.

Large American companies, aware of the trend among human beings to turn back to nature, are already experimenting with rooftops gardens. But the project laid on paper by Method, a green cleaning products company, is taking this concept to unchartered heights. Teaming with Chicago-based Gotham Greens, Method wants to build the world’s largest rooftop farm atop one of its newest manufacturing plants to be located in southern Chicago.

The rooftop garden will spread on an area of 75,000 square feet in the Pullman neighborhood, a location architects say they picked after looking at more than 100 other sites. The farm is designed to grow up to one million pounds of fresh fruit and vegetables which will then be sold to local restaurants and groceries.

According to Forbes, the hydroponic farm will be outfitted with LED lighting, advanced window glassing and “passive ventilation” to keep electricity costs and heating to a minimum. The power for its installations often comes from on-site solar and a wind turbine. Together, they will handle 50 per cent of the power load the whole facility, including the manufacturing plant, will need, with the wind turbine expected to generate 600 kilowatts-worth electricity.

At the same time, the technology to be used in building the rooftop farm relies on 20 times less land and 10 times less water than conventional agricultural methods. The largest rooftop farm is expected to be opened next spring, according to the two companies’ plans.