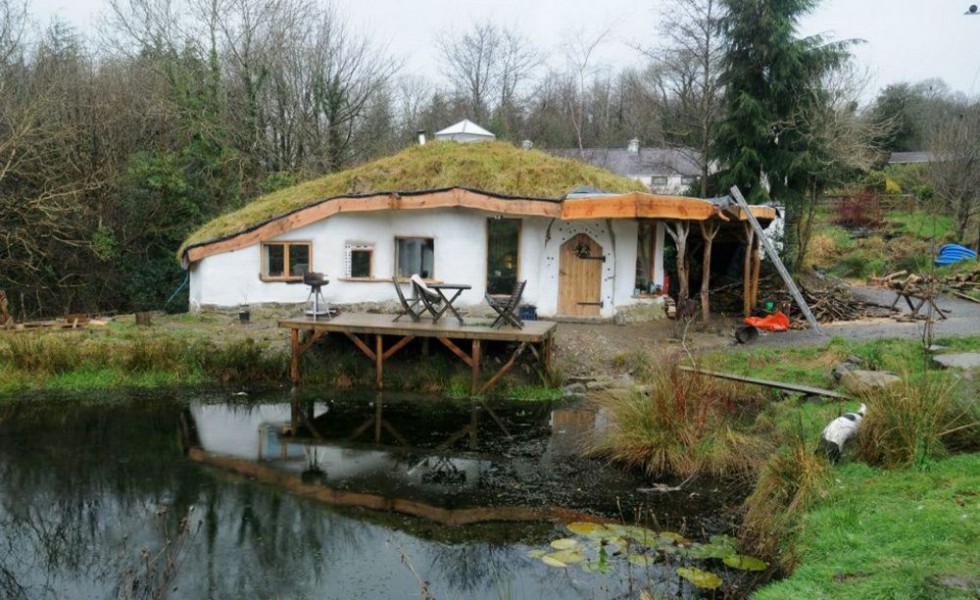 Two nature lovers decided to raise an eco hobbit house similar to Bilbo Baggins’, the character known from the Lord of the Rings and The Hobbit fantasy movies. But the two were so enthusiastic about their project that they failed to apply for a construction license. They are now leading a fight in courts to save the turf-roofed family home after a local inspector concluded the house doesn’t fin in the surrounding natural landscape.

More than 100,000 people around the world signed a petition to help the couple save the home from the local authorities’ bulldozer. The two argued they had used only natural materials in building the hobbit house which perfectly integrates in the rolling countryside landscape. The idea to build such an unusual design home struck them as prices in the area kept soaring amid a high demand for countryside holiday houses. They had lived for four years in a caravan before starting work on their roundhouse in the summer of 2012 – which was finished within 12 months and cost £15,000.  The house has a timber frame made out of wood found nearby while the walls are lime-plastered bales of straw.

But planning officers in the Welsh county of Pembrokeshire refused the couple’s retrospective application and recommended their home – dubbed the hobbit house by locals – be demolished, but the couple appealed. „We have been blown away by the sustained interest from all over the world. We want to live an older and simpler way of life”, they told the Daily Mail. The straw bale house was built on a family’s land lot and the two argued before the local authorities the home is a healthy environment to raise their three years old child. The hobbit house – living and bedroom

The young couple’s hopes now rest on their application meeting One Planet Development practice criteria – which require either 65 per cent of all subsistence, or 30 per cent of food and 35 per cent of livelihood, to come from the respective household. The pair said they are reaching the targets by combining sales from Mr Hague’s woodworking business with income generated by small-scale renewable energy on site, and a soft fruits dessert business.