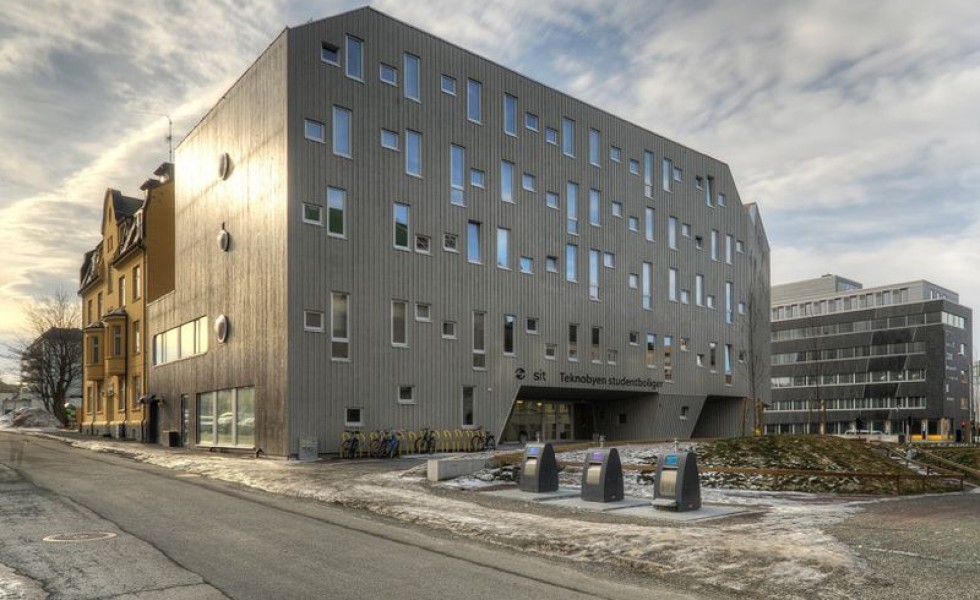 We all carry with us the memories of the communist-era student dorms where we lived over those four years which tailored our professional destiny. Old, modest, sometimes somber looking buildings, with exfoliated walls and toilets that were most of the time unusable, unfriendly spaces in a nutshell, but which were widely ignored thanks to the energy and effervescence of the youth inside. But that was then. Let’s now turn the look to some examples of modern student housing architectural design, a real competition of contemporary architecture. We are not though fully convinced these spaces encourage solely studying and no other say recreational activities.

We have recently ran an article on an Englishman’s idea of building a modern boutique style student accommodation hostel. Said and done! The first step he took was to buy an old office building in Canterbury, a university center in Kent, England. He paid 300,000 pounds for it and invested the same amount in renovating it and turning it into an 11 bedroom hostel, each room with its distinct interior design. The final result is a student dig built in a boutique style for which one pays up to 1,000 pounds a month.

The next example is a unique design student housing center raised in southern France – the International Accommodation Centre for the Oceanological Observatory of Banyuls-sur-Mer, a coastal science facility that forms part of the Paris-based Université Pierre et Marie Curie. The six-story building accommodates 74 short-term residences for travelling students and researchers, behind an ornate coral-pink concrete screen that conceals the interiors whilst allowing light and ventilation to pass through the building. We are used to seeing student dorms grouped in a large building housing a community. But two Swedish designers wanted to break the patterns and built a ten square meter wooden house for students. Inside the unit there is a small kitchenette with shelving and green storage cupboards, a small bathroom and a loft for sleeping that is accessed via small wooden steps fixed to the wall. The students of the Royal Veterinary College are also enjoying an architectural feast. The eco-friendly development is composed of nine three- and four-story timber-clad buildings housing studio apartments. Each floor houses six studios with a shared kitchen and living area. A few years ago, the project was named as one of Britain’s 50 Best New Buildings with a RIBA Award. The last images show the student housing project of the University of Southern Denmark in the city of Odense which is a tower made up of three towers around a common shared space. The 14-story tower will be built to meet the 2020 Danish low-energy building codes, and will include the use of a highly insulated and airtight building envelope, low-energy pre-fab concrete components, use of natural cross-ventilation, and extensive heat recovery from exhaust air, waste water, and showers.