Houses in Maramures. In Search for the Lost “Wood Civilisation” 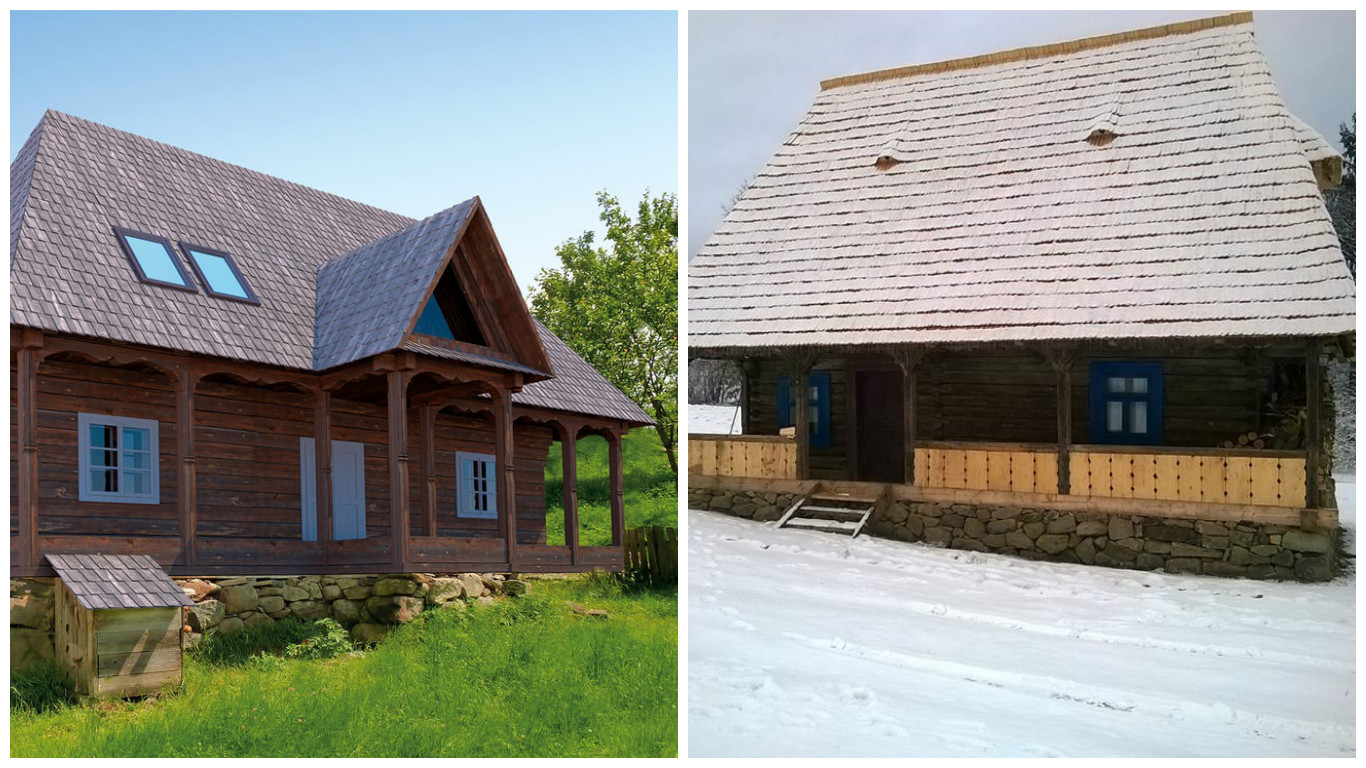 Most traditional houses in Maramures (north of Romania) were sold as firewood beginning in the 70s. After 1990, with the mining and industry decline, entire communities in the region left for work in Western Europe. With the money they’ve earned, locals now preferred to build big, modern houses, in brick or prefabricated materials, with PVC windows and metal roof covers. So the way many villages in Maramures look nowadays is completely different from their images in photo albums. Some initiatives of restoring traditional houses, which are made of wood on stone foundation and with hip roofs covered in wood shingles, arose in the last years, in order to preserve what is left of the so-called “wood civilisation in Maramures”. Here are two houses in Maramures that were saved by such restoring initiatives.

Florin Vale from Baia Mare (capital of Maramures county) saved a 90-year old house in a village, Breb, two years ago. He just bought it from locals who wanted to turn it into firewood, after building a new, larger home.

Houses in Maramures. House in the Valley

So the house was moved a few streets away and reconstructed, under an architect’s supervision and with help from local craftsmen, preserving its original architecture. Everything was rebuilt, from the wood shingles roof to the porch with carved wood pillars. Inside, the house has a timeless appearance. It is decorated as homes in the region used to be, with crochet curtains, rugs, traditional clothes and bags on the walls, woven blankets on the beds. It was named “House in the Valley” (“Casa din Vale”) and can be rented by tourists. There are no meals served here, but one can enjoy traditional dishes at neighbouring locals’ homes on demand. In 2009-2011, the Architects’ Association, at the initiative of one of its members, Laura Zaharia, began a protection programme for the built heritage of Maramures, in the villages of Budesti and Sarbi.

An old home, with facilities such as a fountain for water and a latrine in the backyard, was restored and transformed in order to satisfy modern living necessities and to change the locals’ perception on old wood houses in Maramures. There are a living room and a kitchen on the ground floor, together with a toilet under the stairs in the hallway. The attic was transformed into a loft with two bedrooms and a bathroom. There were skylights installed in order to have natural light in all the rooms in the loft.

The original clay plaster was kept on the inside walls and interior insulation was added to increase the comfort of the home, allowing the wood walls to “breathe”.