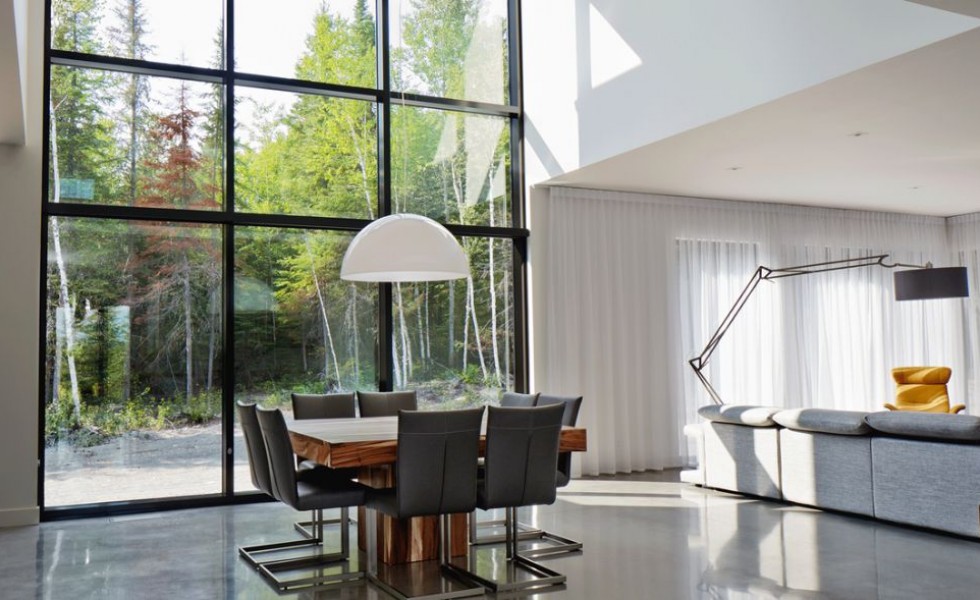 As building technologies are constantly developing and the design is getting bolder and bolder shapes and lines which defy the conventional, windows too tend to play a greater role in our home, both aesthetically and practically. We have seen how houses featuring large expanses of glass, modern homes in general, distinguish themselves as places with a high note of personality, having a greater visual impact. In this context, choosing the right window size is an issue which inevitably crops up in this discussion.

You need to bear in mind that window sizes have a major impact on the energy efficiency of a building. Large expanses of standard, clear-glazed windows can make a house uncomfortably hot in summer and hard to keep warm on cloudy winter days and nights. To briefly answer the question above concerning the right size of a window, designers say that, as a general rule, keep the total glass area of a house between 20-30% of the total floor area.  Another recommendation says a glazed surface in a room should equal a tenth of the surface of the respective room. These are, of course, general recommendations which do not envision particularities of a home, but an experienced architect know exactly how to place windows based on the size of the building and other important details, such as exposure to direct sunlight.

Specialists also say they prefer large windows to small ones, thinking of the great role natural light plays in our day to day activities. Especially during the dark days of winter, large windows can allow light to stream in, allowing you to forgo electric lighting while benefiting from natural light. Exposure to natural light is known to help boost energy and moods and generally makes you feel better, while at the same time regulating your natural circadian rhythm, encouraging better sleeping at night. For this very reason, based on these studies, architects are now considering the potential natural light has when designing a house.

So, from this perspective, to optimally place a window in order to maximize the flow of natural light, its height should not be less than 1.8 meters. In other words, the height of a window should be at least equal to half the depth of a room to allow as much natural light in as possible. At the same time, pay attention to the orientation of the home. Windows facing east, south and west, having the fullest sun exposure over a day, should be equipped with sun protection elements, such as awnings, canopies, outdoor or indoor blinds.