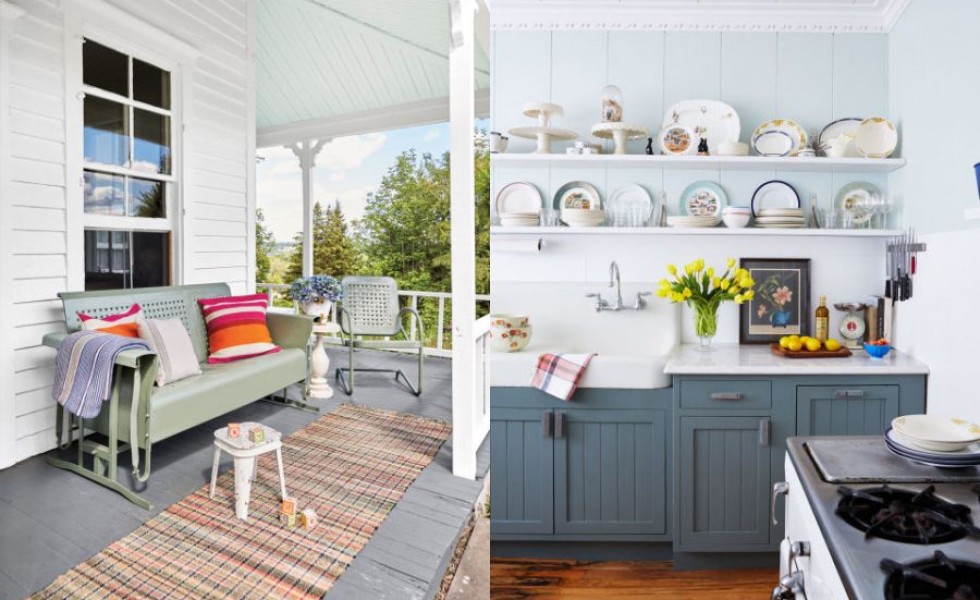 There’s probably no other measure to an architects or interior designer’s professionalism that turning an old home into one with a complete new look. This time, not only do we deal with an old house, but also one abandoned and in shambles, struck by weather over a couple of decades. So here is a new episode of the before and after series in which the protagonist literally gets a new life. The story comes via Countryliving.com

The story started when interior designer Christina Salway ran into a house more than a century old, abandoned and in an advanced state of physical decay, in a small town in the New York state. The house, built in a Victorian style in 1902, but abandoned several decades ago, was sitting on an impressive property sprawling on 43 acres. The experienced designer immediately say in the rundown place the potential of a wonderful transformation and bought it. Before and after – an amazing transformation The renovation process spread over the course of two years and the old place soon started getting a new look, but completely different from its original façade. Inside, too, rooms were refurbished in the same vintage-rustic style, with many accessories bought from antique stores. In the kitchen, the designer and her husband kept the almost six decade old stove, reconditioned the furniture and have it a new look by painting it.

The old suspended cabinets were removed and replaced with reclaimed wood shelves where the designer exhibited her plate souvenirs. The stair case and the hallway on the first floor got some refreshing rusty brown color to break up the chromatic rhythm set by light colors. In the other rooms, too, such as the master bedroom, old pieces of furniture were reconditioned and kept, among them a brass bed with an imposing headboard, a chandelier and night stands, all in a subtle color background meant to relax. Before and after – interiors exuding the same rustic air, but more vigorous this time The kitchen also kept its rustic feel thanks to an oversize armoire with mirrors on the front side. In the attic, one of the available spaces was also renovated and turned into a guest room. Layered rag rugs complete the same rustic image, full of warmth and authenticity. Before and after – open decors, flooded in natural light