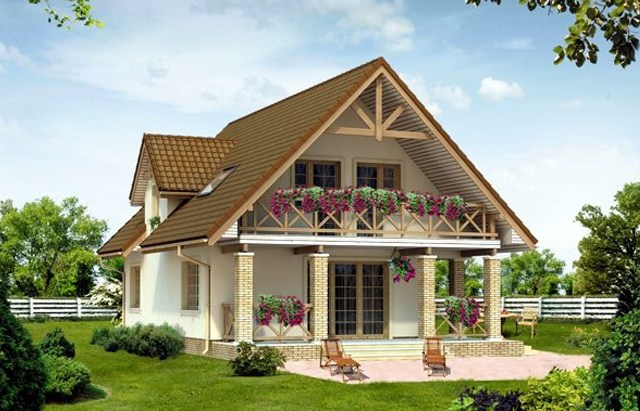 In the ranks below, we present three examples of traditional houses, ideal for those in love with grandparents ‘ home, but not only. So, if you are adept at the traditional style, we invite you to discover three models of special houses:

The first example is a two-tiered house with a useful area of 154 square meters. In terms of sharing, on the ground floor, besides the living spaces, there is a bedroom. In the attic there are three more bedrooms and a bathroom, the house being suitable for a family with two or even three children. The key price for this house is 53,000 euros. The second example is suitable for both urban and rural environments. It is the project of a charming house with beautiful details on the outside and generous spaces on the inside. It has an area of 220 square meters and a useful one of 138 square meters. It enters a vestibule, continued with a wide hallway that is part of two surfaces. On the side with the terrace is arranged the living room with dining place, and on the other side of the hall there is the kitchen, a bathroom and a work desk. There are four bedrooms and a bathroom in the attic. The third and final project has a particularly beautiful architecture, with massive roofing, large balconies at both ends, and a porch supported in three columns with a window on top. As far as the surface is concerned, the house has a built area of 157 square meters, of which the usable area is 126 square meters. On the ground floor there is a vestibule, a central hallway, but also a smaller one that leads to the garage, a bathroom, the living room, a closed kitchen with dining room, but also a small office. In the attic there are four bedrooms, one matrimonial with a private bathroom and a dressing room, as well as a balcony, followed by three other small bedrooms, which share a bathroom.