The Mobile House on the Unstable Island 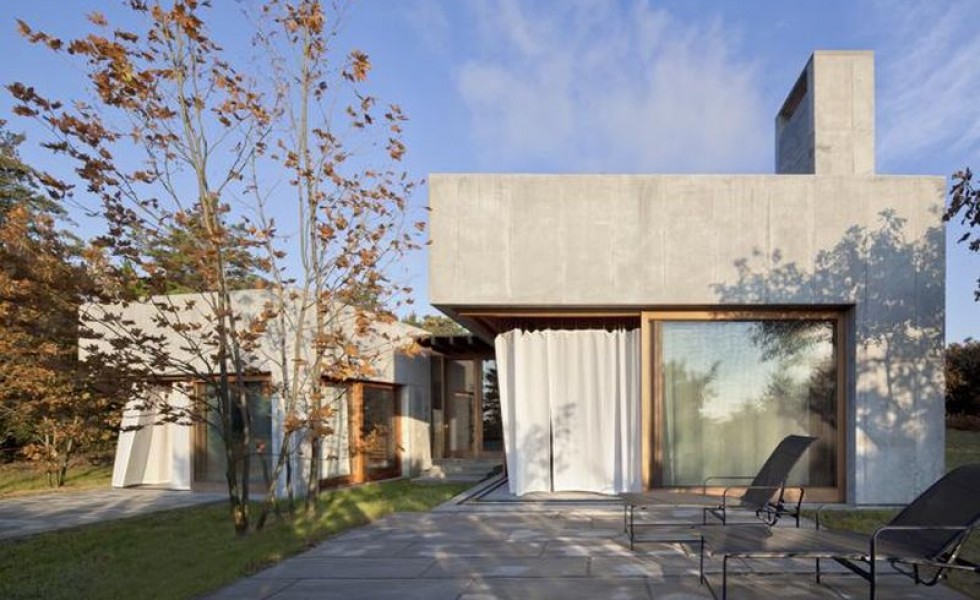 Martha’s Vineyard is an exclusivist island located off the coast of the state of Massachusetts that can be reached only by sea and air. American presidents have spent their summer vacations on the discrete island which spreads on an area of only 260 square kilometers. But when the ground began to erode massively and huge swathes of coastline began to crash into the sea, local residents began to worry.

For this reason, local authorities decided to relocate a lighthouse built in 1856. The building, registered in the US heritage of historical monuments, was moved 41 meters inland, otherwise risking to crash into the sea.

Under these circumstances, well-off Americans who spend their holidays on the island began to seek solutions to save their homes from the falling cliffs, writes Boston.com. Solutions also sought architects and construction companies serving the growing demand for exclusive homes on the island. This is how the mobile house of the East House, as named by designers, came into being, a modern home, lying on 371 square meters and built on the coast subject to continuous erosion process. The project bears the signature of a Boston firm of architects which also won an award with this idea. Basically, the designers explained, the house is divided into site-cast concrete boxes and interstitial spaces made from conventional framing, arranged horizontally. Each of these individual concrete structures, with walls 25 centimeters thick, can thus be lifted and moved if the eroding coastline gets too close to the house.

Moreover, the house is environmentally friendly and uses geothermal energy for heating in winter and features a green roof to slow rainwater movement and to minimize the house’s visual impact, and a cistern to collect and reuse rainwater, designers also say. Thanks to its design, the house fits perfectly in the rocky coast landscape of Martha’s Vineyard. Architects say that each of the eight concrete blocks can be easily moved with a crane along with all interior finishes in place. All wooden elements and mechanical systems that connect the eight bodies can then be easily reinstalled for bringing the house together again.