The House In The Abandoned School – Vintage In Modern Days 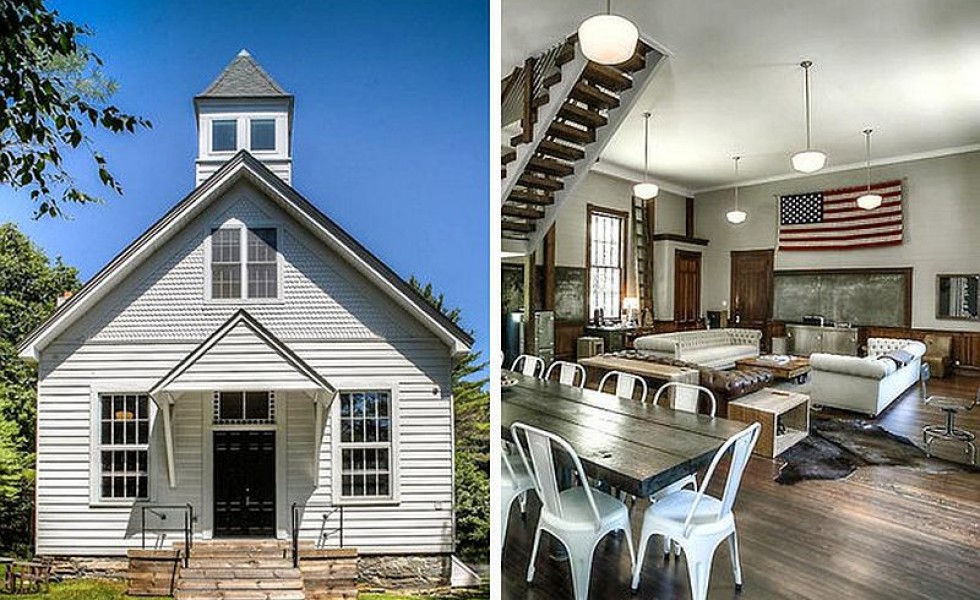 Built in 1893, the wooden building with a loft served as school for about five decades in a rural community the in the state of New York. In the 50’s, the school was converted into a church which was functional until early 2000’s when it was abandoned, a state it stayed until 2012 when a pair of locals bought the place. It is now a splendid boutique inn. Here is its story coming via Huffingtonpost.com

Built in 1893, this steepled dwelling served as a one-room schoolhouse in Sullivan County, New York for more than 50 years. In the 1950s, it was turned into a gospel church, but was eventually abandoned in the early 2000s. The property was all but forgotten until 2012, when Bronson and Courtney Bigelow purchased the dilapidated schoolhouse, restored it with more than a few major upgrades and forged upon it a new destiny as the Hillside Schoolhouse, a uniquely charming two-bedroom inn.

“My favorite part of owning the Schoolhouse has been saving this beautiful old building and giving it new life, while at the same time preserving its rich history,” Bronson Bigelow, the owner, told AndNorth.com. The house in the abandoned school – classy atmosphere Now on the market with Global Property Systems Real Estate, this beautiful old building and its stained-glass windows have all the modern-day accoutrements to make this off-the-grid getaway really feel like home.

Its open layout, original hardwood flooring and black chalkboard accents wouldn’t feel as homey if it weren’t for the handmade furniture, exquisitely curated interior design and, of course, a full kitchen with all the modern necessities.

The property’s two bedrooms are tucked away on the second floor, nestled under vaulted ceilings and the original bell tower, complete with a cast iron bell. The expertly designed property, hidden in a lush forest, offers such a relaxing stay for any of its inhabitants, it was honored as one of Conde Nast Traveler’s top 25 hotels in the U.S., alongside the luxury of The Carlyle and the Four Seasons.