How to Keep Your Towels Fluffy. A Few Easy Tricks 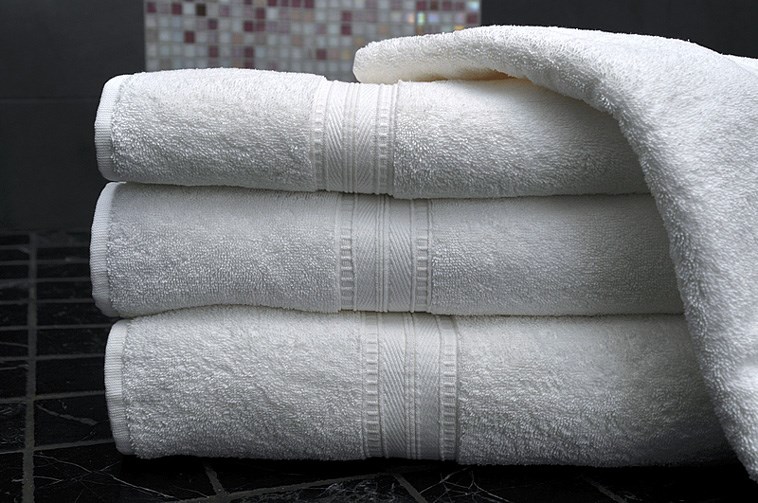 Who doesn’t enjoy the feel of a new soft, fluffy towel?It doesn’t last long though, because, only a few washes away, the same towel is all scratchy. The texture has changed dramatically and can’t be brought back to its initial state. Still, we always find the softest towels and bath robes in hotels, although that’s where they get washed most often. So here are a few tricks from professionals on how to keep your towels fluffy.

Cut back on detergent

Towels feel stiff because they start to build up soapy residue. By using a little less detergent than suggested, your machine’s rinse cycle will have an easier time washing out those last pesky bits of soap.

How to keep your towels fluffy. Water temperature

The optimum water temperature is 40C with a biological detergent. It contains an enzyme that breaks down body secretions such as sweat, but it doesn’t activate at low temperatures. Warmer water absorbs detergent better, leaving less buildup on your towels. You can also let detergent dissolve in the washer before adding towels – just start the wash cycle, add soap and wait a minute or two before adding your towels.

Replace fabric softeners with vinegar. Fabric softeners contain silicon that will make towels water repellent, so they won’t get as good a wash. Instead, soften your towels by using one cup of white vinegar about every six weeks; this will remove the soapy residue that makes towels feel rough, bringing back softness while restoring them to full absorbency. Simply run the towels through a regular washing cycle, then redo them using vinegar instead of soap. Or simply add a cap of white vinegar to the rinse cycle, and it will disperse any remaining soap and give you a soft, fluffy towel.

How to keep your towels fluffy. Baking soda

Use baking soda. This will help loosen up fibers and clean off any chemicals or grime, making your towels softer. Just mix half a cup of baking soda with your normal amount of detergent. As an added bonus, baking soda naturally eliminates musty odors that may have built up – say, if you left damp towels lying around in a gym bag or in a pile on the bathroom floor.

Also read HERE how to wash your colored clothes to keep them bright.