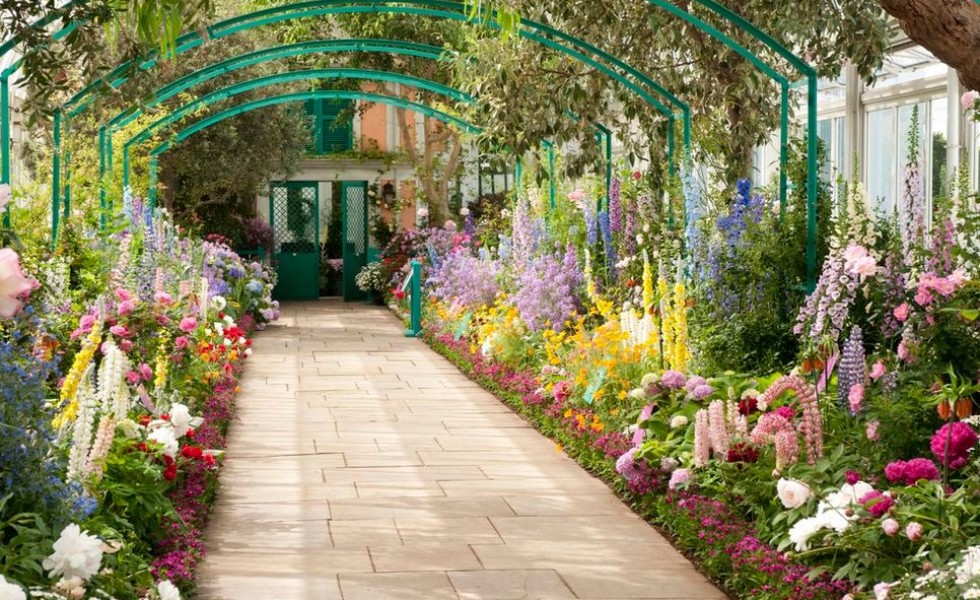 We have always been fascinated by alleys in parks or gardens. Those narrow roads leading us deep into the green thicket and into the very heart of nature. They seem to break the visual supremacy of the green and reveals themselves as bounding lines, dividing and opening the way into the surrounding world. Depending on tastes and resources, alleys can get different forms and shapes, but the effect will always be the same. Below you can see some beautiful garden alley ideas.

Sometimes you can find the best answers in simplicity. A pebble alley, which winds through the trees in blossom, is of a disarming beauty and is also an option within reach for many. We raise the bar and come up with an original idea which, once put into practice, will create a dazzling image. A natural stone slabs alley that will definitely turn heads. Some other stones thrown among flowerbeds will complete that image of a wild untampered garden. Both gravel and stone slabs can be beautifully combined to get the alley seen below which basically looks like two pathways into one. You can go for a paved alley as well. With terracotta tiles, the alley looks rustic and fits perfectly among plants and flowers. Often, solutions are closer than we may think, as we clearly see in the image below. Tens of used bricks, placed at right angles, give rise to a practical and ingenious alley that can go wherever you want. A round stone alley brings with it a great visual effect and adds shapes and forms to the garden. As the owner says, this alley invites you to follow it to the very end. An alley between flowers and plants on the sides and hanging above you – it’s like a hero’s journey of an indescribable beauty. It certainly is a path you do not want it to end.

Speaking of practical ideas, let’s take a look at this wood logs alley, bordered by wooden planks. One can easily build it using materials that are at hand while the rest of the logs can make up a small playground for kids to stimulate their imagination.