Flowers Native To Greece – A Sea Of Color 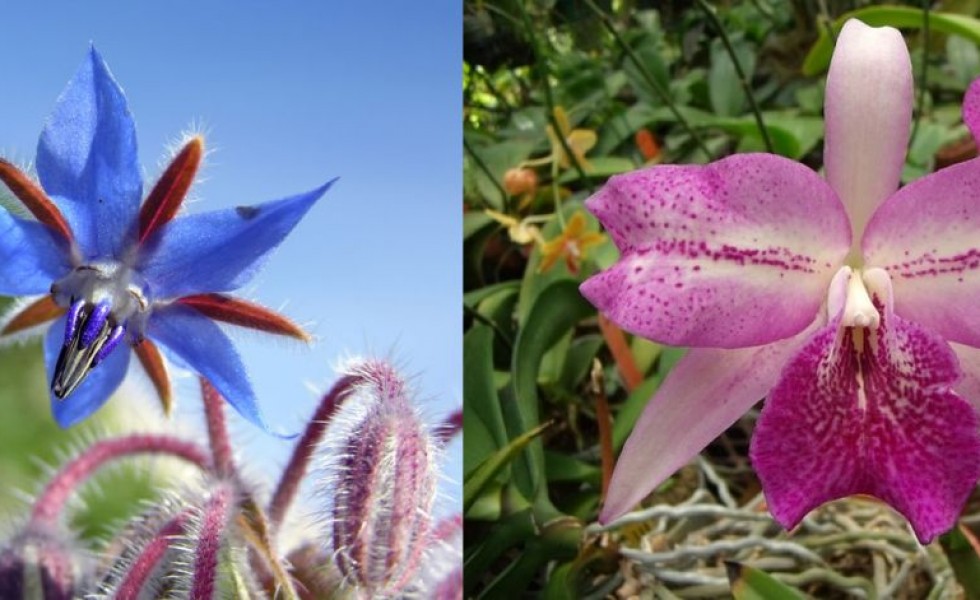 The old Ellada is famed for its exotic landscapes, scattered across beautiful islands, superb spaces of intimacy where modern tourism goes hand in hand with traditional architecture and millennia old customs. But beyond the quality of its tourism services, Greece entices with its distinct air and a diversity of landscapes in which everyone finds its picturesque and inspiring corner where nature is placed at the core of it. In all this scenery, vegetation, even if scarce here and there, completes these spaces bathed in light. So, in this context, here are some flowers native to Greece, superb messengers of a sunny nature.

Among the more than 6,000 species of flowers growing in Greece, the local species of lily – Lilium chalcedonicum – is a presence full of color and scent. It is native to Greece and Albania and boasts rich flowers in ruby-orange hues which makes it stand out in the arid landscape. It can grow up to 1,5m high and bears 1-7 flowers that smell strongly. The leaves grow like fish flakes around the stem. Grape hyacinth is another plant with amazingly beautiful flowers, growing in clusters of different colors. It grows very well either in sun or shade, but in well-drained soil. In Greece, you may run into a full mono-chromatic blanket made of these beautiful flowers. Borage also known as the starflower is another beautiful flower doing fine in the arid areas. It is native to the Middle East and has an ancient history in war as an enhancement for bravery and courage. The plant provides cucumber-flavored leaves for tea and other beverages as well as bright starry blue flowers for decorating salads. All parts of the plant, except the roots, are flavorful and have culinary or medicinal uses. Flowers native to Greece – borage or the starflower

And speaking of exotic landscapes, then we must not ignore the wild orchid which comes in different species, such as Ophrys spruneri, Ophrys speculum and Roman orchid. It blossoms in April or May and flourishes in grass or chalky ground and makes a fine colorful spot. When in full bloom, the flowers typically are about 15 cm diameter and are known for their beautiful pink and purple coloring. Next on our list is Dragon arum (Dracunculus vulgaris). The name itself refers to the resemblance between the spadix (dragon) hiding in the spathe. The plant it is native to the Balkans and to parts of Anatolia. The plant can be up to 2m high with the garnet inflorescence being up to 1,35m long. Also a dominant presence in the Mediterranean gardens, Bougainvillea is another opulent floral shrub with different color flowers, depending on the species. It can also be grown in pots and suspended along rails and balconies for a more appealing effect. It can be often seen in Greece sprawling over a stone fence giving the inert structure a bit of vitality and can often make a superb contrast against the background of a whitewashed wall of a traditional house.