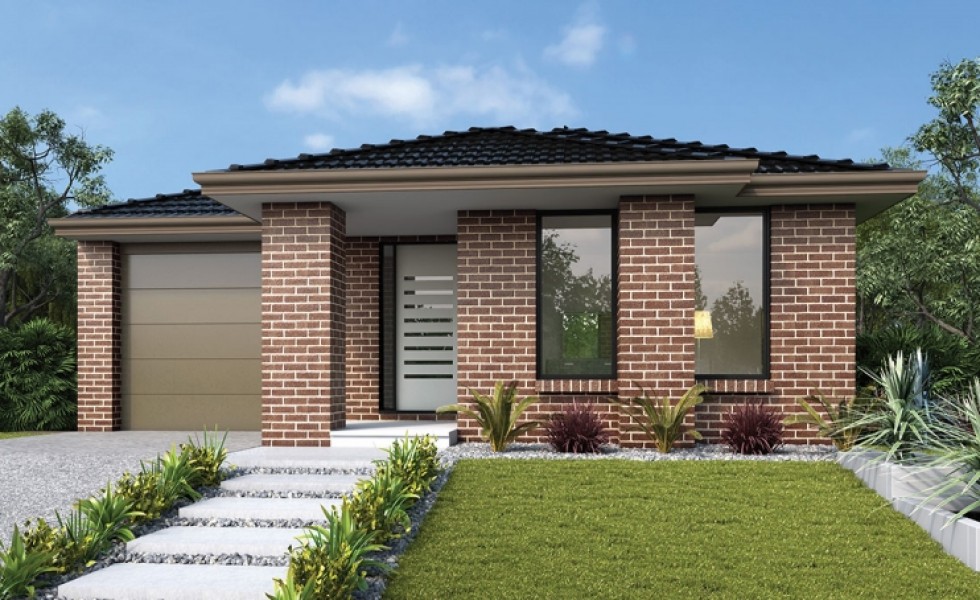 Brick remains an option largely used when it comes to either building or ornamental materials. It gives a home durability, comfort and elegance, regardless of the environment where it is built, making it easily stand out thanks to its unmistakable look. Combined with wood and stone, brick completes the façade of a house, lending a character bursting with personality, as we will see in the examples below. So here are some brick facade houses.

The first detailed plan shows a modern two story house spreading on a total living area of 141 square meters. It is a house made of brick and wood which blend in full harmony both on the inside and outside, producing a home with a superior aesthetic value, easily distinguishable. On the ground floor, the house combine in a practical manner day time spaces with a bedroom which can also serve as a study, all completed by a patio covered by a superb wooden pergola. On the first floor, three bedrooms share two balconies, under small, but visual wooden design elements which give the place a natural and friendlier look. The house sells for an estimated price of 62,500 Euros. The second plan shows a house entirely clad in brick. Unitary from a chromatic perspective, the apparently Scandinavian style house spreading on 118 square meters catches the eye thanks to the well-arranged glass insertions which open it to the exterior. The house is practically structured in two halves, more or less equal in size: the first one houses day spaces, connected to a 60 square meter terrace, while the second packs three bedrooms, two bathrooms and a technical room. The house sells for an estimated 50,400 Euros. The third example appeals through the same modern lines that trace a bold contour, full of personality, too. The modern, simple and ergonomic home featuring a spacious attic perfectly fits the needs of a large family. The house is open to the outdoors thanks to its porch, patio and large glazed areas while its facades feature contrasting textures. The living area of 159 square meters is split between the two levels, with the ground floor home to the living spaces, expanded outdoors. Two large bedrooms lie upstairs, each with its own bathroom and dressing. The turnkey price ranges between 71,000 and 101,000 Euros.