A Spectacular Barn Conversion: From Middle Ages to Contemporaneity 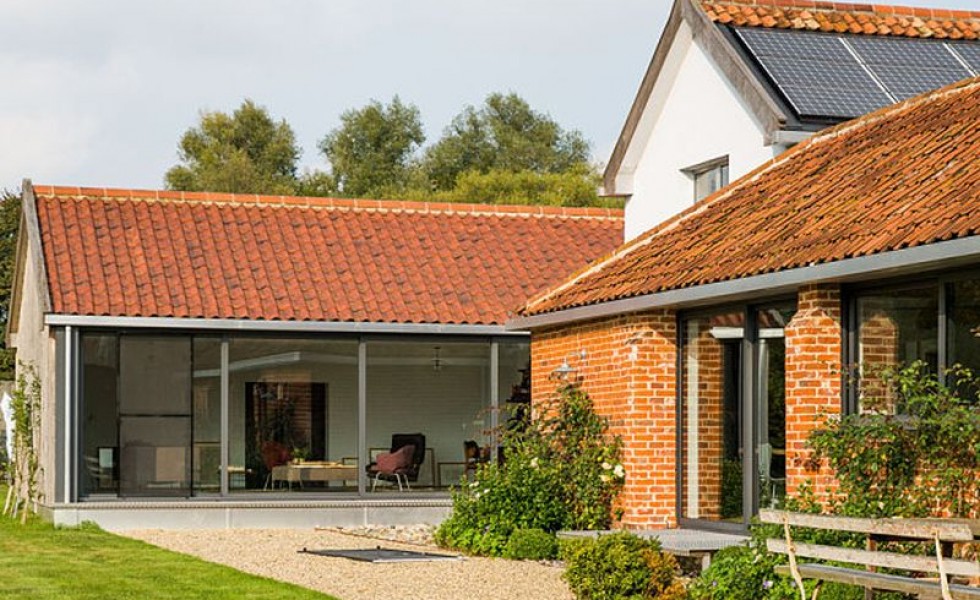 There is nothing more fascinating than the transformation of an old derelict building into a modern home with a whole new look. Such projects challenge and inspire alike and, beyond the financial investments made in these cases, speak of the power of change, imagination and creativity that play central roles in such amazing metamorphoses. You will see in this article how the barns of a millennium old Benedictine monastery miraculously transformed into a chic cozy dwelling in which modernism goes harmoniously hand in hand with tradition for a final image full of savor.

According to Daily Telegraph, the countryside around the picturesque market town of Eye, Suffolk, is a gentle, endearing setting in which to make a home, as a group of Benedictine monks discovered when a priory of St Peter was founded here in the 11th century. The monastery became rich and powerful over the centuries but was brought down in the dissolution in 1537. Its remains were used to build smaller houses and barns nearby, including a ramshackle collection of farm buildings that caught the eye of the fashion stylist Olivia Pomp and her husband, Gary Rowland, an art director, in 2006, who immediately saw in the rundown place the perfect opportunity for a wonderful change. To make the story more thrilling, the two remember running into a dead cow as they were touring the old barns. But despite this macabre find, the family said they could see that the monks had been right and that there was something sincere and good-spirited about the place. They bought the old barns.

In 2006, they rented a cottage nearby to supervise the renovation works. From start to finish, the house took about five years to complete, with the family finally moving in during 2011. The design makes the most of the views and the connections with the outdoors, within a fluid floor plan. Environmental sensitivity was a key consideration throughout: the house is super-insulated and heated by a ground-source heat pump, there are solar panels on the roof, and they used as many recycled materials as possible.

They used vintage objects to decorate the interior. One of the barns, which they felt was too big to make a comfortable part of the home, is now being converted into an art gallery, performance space and wedding venue.