The Mobile Home On A School Bus 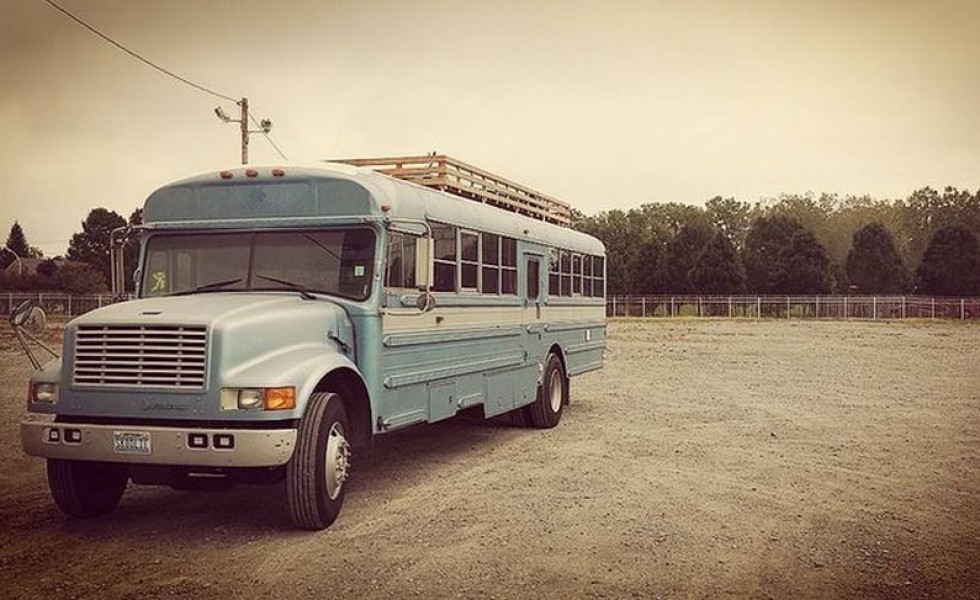 We have always been fascinated by stories of people who stand out by making bold decisions and experimenting where no one else would dare do it. This time, we hear the story of two men, father and son, who took a venturesome idea and simply and effectively put it into practice. When everybody goes for the handiest way to travel, by plane, the two are now scouring America aboard a school bus turned into their abode. Here is their story coming via Mashable.com

Any adventure starts from a plan or an idea. Patrick Schmidt was struck by an idea when looking at an old school bus in which he pictured the shortest way to a free life which shall carry him in any corner of the country he wishes to visit. In 2014, the young man paid 4,500 USD for a 24 year old school bus e bought from a church. He invested another 8,500 USD and spent several months to turn the old vehicle into a truly original mobile home. What came out took the name of Big Blue.

Patrick and his father started gutting the bus to install the basics, such as electricity, heat and water, removing sticky chairs and floors, as well as part of the ceiling. Schmidt documented the transformation on his Instagram account in order to inspire others in making similar bold decisions. Taking out the ceiling was “by far the hardest and most difficult part of the build,” Schmidt wrote. After the preparation work was done, the duo outfitted the narrow interior with custom furniture so to be able to use any inch efficiently. A tiny kitchen and nook are tucked in the front and a bedroom and bathroom fill out the back, but the star of the show is a roof deck prepped for clear nights, where the driver/owner finds consummate relaxation.

Big Blue has already covered 16.000 km from California to Florida, its maid road trip. A second one is in preparation, from Florida to Seattle via Las Vegas. Here are some catching sample of liberty! The mobile home on a school bus – before and after