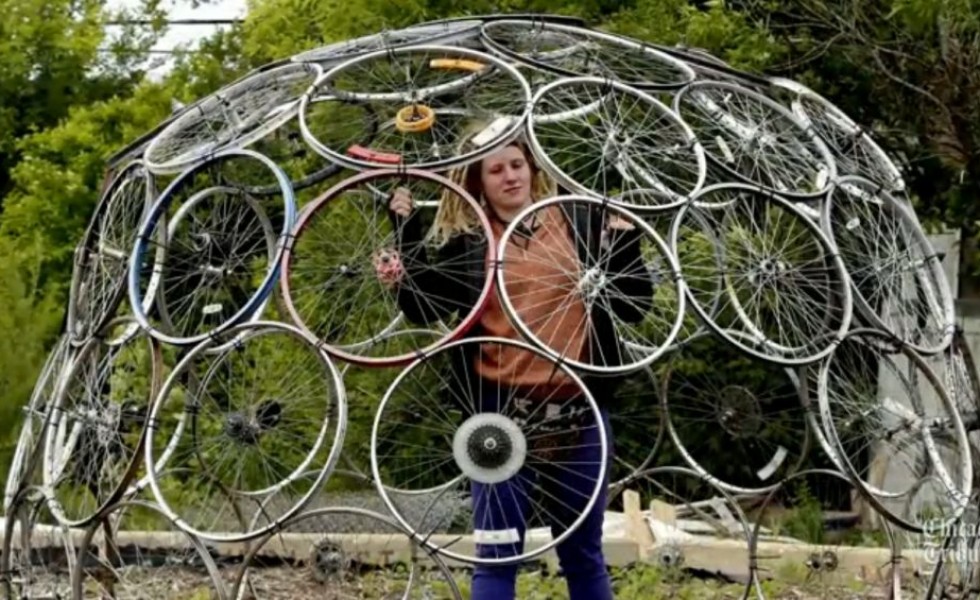 When the members of an environmental organization started scouring the streets of Chicago searching for a place to carry out a project they ended up where they expected the least: the former grounds of a paint-waste recycling center. Broken glass and garbage littered the plot of overgrown weeds and the concrete slab where a building once sat was crumbling. The local Environmental Protection Agency tried for two centuries to remediate the soil of toxins left by the former industrial businesses, but the grounds still showed signs of possible contamination.

Despite this, the Cooperation Operation raises crops such as carrots, raspberries, squash and rosemary in a cluster of garden beds sitting on top of the abandoned concrete foundation. Moreover, volunteers recently equipped the organization’s greenhouse with a 100-watt solar panel in hopes of growing all year. They just wanted to prove an apparently sterile place can turn into an oasis and that urban gardening in contaminated areas is possible, inspiring others to do the same. Their project raised the interest of the Archdiocese of Chicano which gave them a grant last year. When we talk about urban gardens, we often think of container gardening or vertical gardens. The daring volunteers chose the second option, but in a rather original way: their plants grow on domes made of random bicycle wheels. The idea originates in the social media after one of them ran into a picture showing this sort of bike rims structure. All the resources were picked from a recycling center.

Other than the practical utility of the gardens, the environmentalists want to turn the bike wheels domes into places for people in the neighborhood to go to to get some peace. An arts and music festival is now being planned among the ingenious urban gardens and even a hip-hop battle, they say.

The Cooperation Operation takes its harvest to local farmers markets to exchange the fruit, vegetables and herbs for volunteer hours, donated items or money. The group also plans to hold weekly workshops to teach people healthy recipes, soil remediation techniques and even basic bicycle repair. The first workshop on food preservation is expected to be held in July.