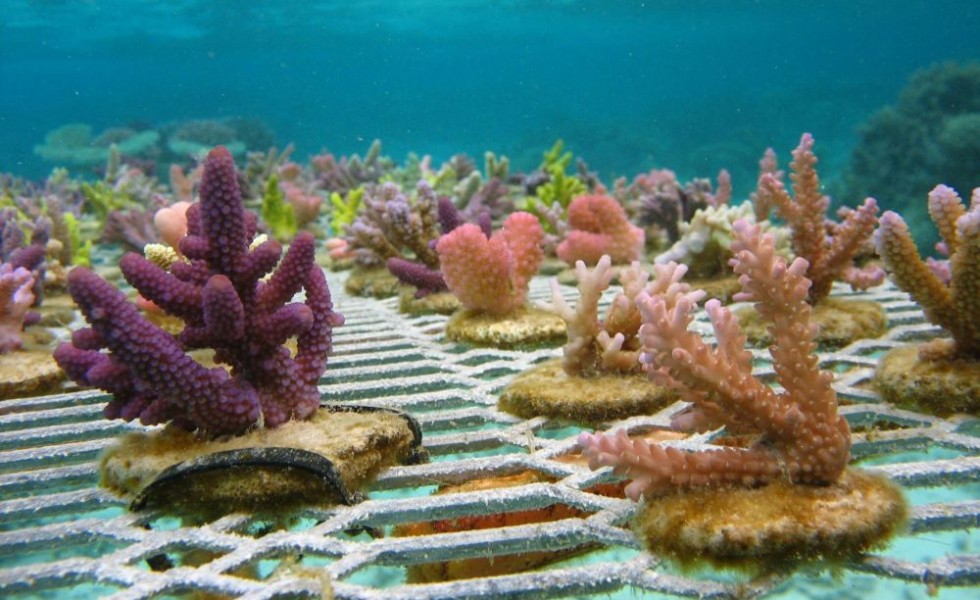 Corals are ecosystems more and more exposed to the risk of extinction as pollution rises, in air, ground and water. Spreading on large surfaces, the coral reefs, spectacular as they are, are vital to other undersea species which find here the ideal habitat to develop. Aware of the importance and the role corals play in all this natural circuit, marine biologists are developing and promoting a practice suggestively called undersea gardening or coral gardening to help the reefs cope with pollution and, implicitly, global warming.

How does it work? Marine biologists cut off the tips of live branching corals, hang the pieces on man-made underwater trees where they grow, and later “outplant” them on real reefs on the ocean floor, helping the species perpetuate. We are basically talking about a coral nursery right in the middle of their natural habitat.

The initiative came up after researchers in Australia, the country which has the largest coral reef along its coasts, did a study showing that, if the water temperature continues rising, the habitat of the corals could shrink to less than 10 % of the current area. In some parts of the world, the number of coral reefs are down by even up to 95 per cent.

Since we look at large areas covered by coral reefs (the Great Barrier Reef spreads on a surface larger than Ireland and UK altogether), the marine biologists called tourists to give a helping hand and this is how marine ecotourism came into being. After years of trial and error, scientists in Florida are now bringing their methods to the public — via diving trips, ecotourism outings and summer camps for teens — to counter the harmful effects of climate change, pollution and industrial development.

“It is just like if you had a rosebush in your garden. As you prune that rosebush back, it grows back healthier, bushier and a little livelier. Corals that are fragmented actually grow back faster and with more branches,” Stephanie Schopmeyer, senior research associate at the University of Miami Rosenstiel School of Marine Science, which runs a program called Rescue a Reef that allows citizen scientists to join the project, told AFP.

In Florida and Caribbean, most of these operations are coordinated by the Coral Restoration Foundation which has been working on governmental funds and private donations, the latter pouting in lately, a proof people are enthusiastic about the coral gardening program. A few years ago, the foundation planted a few thousand corals per year. Now they have 500 underwater trees in Florida that are growing 40,000-50,000 corals at any one time, he says.