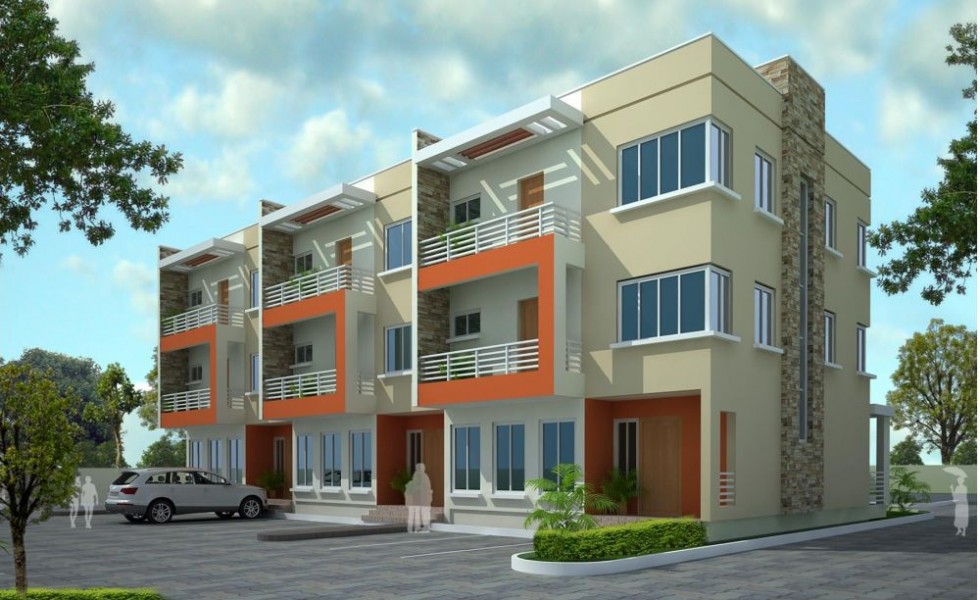 Houses are more and more built with a close eye kept on costs. Big homes, which require large financial resources both in the building process, but also afterwards when maintenance comes into play, are slowly making way for smaller and practical homes which answer a family’s needs in a perfect manner. At the same time, triplex houses reflect the same concern to cut costs by sharing efforts, such as a jointly purchased plot of land and joint heating and ventilation systems. Here are several triplex house plans which are home to three cost minding families.

The first plan shows a single level house, bungalow type, featuring a simple, yet efficient design which is a perfect choice for three families, each with three members. Each unit spreads on 88 square meters and is divided into a living room, two bedrooms, a bathroom and a dining room which lies in the protruding body, next to the main entry. The second example is a two story triplex house, featuring a more attractive design, packing a façade with brick insertions and semicircular windows on the first floor which give the general aspect a dash of dynamism. Each unit has a garage behind it and a small outdoor area to catch up with the family in the open air. In total, the house spreads on 430 square meters, each unit featuring, on the ground floor, an open space including the living, dining and the kitchen, a bedroom, a bathroom and storage spaces, while the first floor houses the second bedroom, a bathroom and a bonus room where to indulge in hobbies and leisure activities. The third plan describes a house whose exterior design doesn’t fall into the classic lines of a triplex home. The three story house spreads on a total surface of 425 square meters and can accommodate three families of different sizes, featuring eight bedrooms. In the basement, socializing spaces mingle with resting areas in a practical manner, the same living tandem being kept on the other two floors as well. Basically, each level was conceived to accommodate a family, equally offering recreational and resting spaces. Triplex house plans – three level house for as many families