The Origami House. A Unique Luxury Home without Eccentric Costs 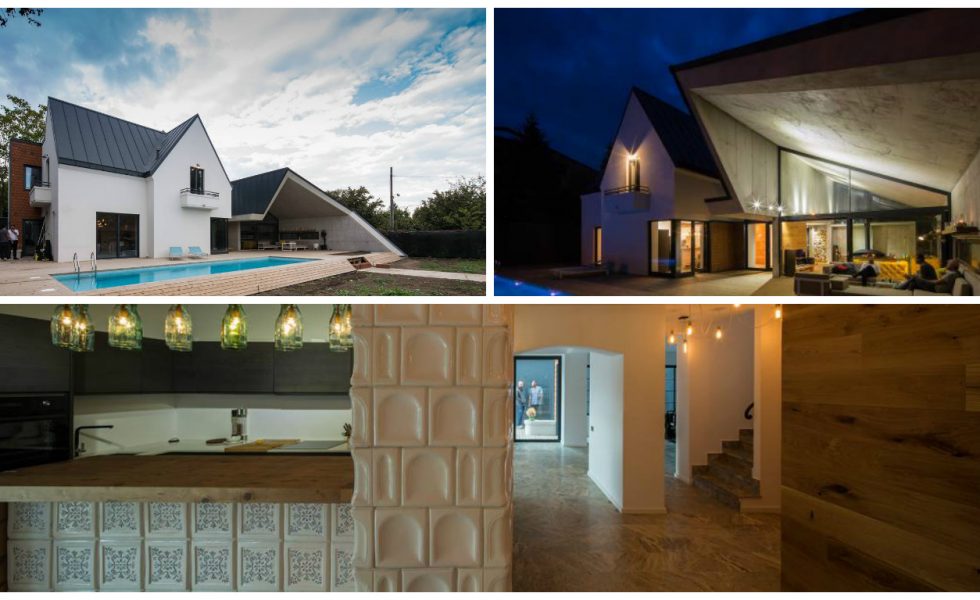 This villa looks like it has been built for the pleasure of living on its every inch, with both creativity and practical spirit. Surprisingly, the result of an expansion of a traditional home, the Origami House – a unique luxury home without eccentric costs.

The architects are Calin Radu and Dan Enache, whose trademark, Lama, is on several remarkable projects for clubs in Bucharest, like Origo Coffee Shop, Point, Shift, Pukka Tukka or the terrace at Control Club.

Origami House is located in Otopeni, the result of a two-three year work on the expansion project.

“The concept is based on what we already found here. We’re talking about a traditional house, so we initiated a dialogue, even if a formal one, following some guidelines in contemporary plane geometry. The expansion resulted in the creation of a living room because that’s what the owner wanted. The idea was to take the indoor outdoors, to accomplish this old house – new house continuity”, said Calin Radu for zf.ro.

The exterior living room desired by the owner took the contemporary shape of a concrete origami work, attached to the initial structure. For continuity, the old and the new structure are united by a wooden deck, extended outwards for the pool and the terrace with a large flower box, according to archdaily.com.

The old house, having 1,076 sq. ft., consisted of a basement, first floor, second floor and an attic, where all the necessary spaces for a family home were set up.

The first floor consists of a living room with a fireplace, extended with the outdoor living room, along with a kitchen, a dining room, a lounge, a bathroom and a dressing.

The living room is a dynamic, high ceiling space with multiple views on the outside.

The second floor and the attic were redesigned as a loft that shelters the master bedroom with a bathroom and a large dressing, a guest bedroom and a children’s bedroom, with another bathroom in between.

From the children’s bedroom, one can climb a ladder to access a playroom. The basement features a cellar and a utility room. An exterior garage for six cars was also designed, at the owner’s specific request.

According to the architects, the owner had his whims, being pragmatic though and not willing to engage in eccentric costs.

“This isn’t a project that had an infinite budget. But it looks like a million dollar one”, said Dan Enache.