The House on Wheels, a Home for a Debt-Free Life 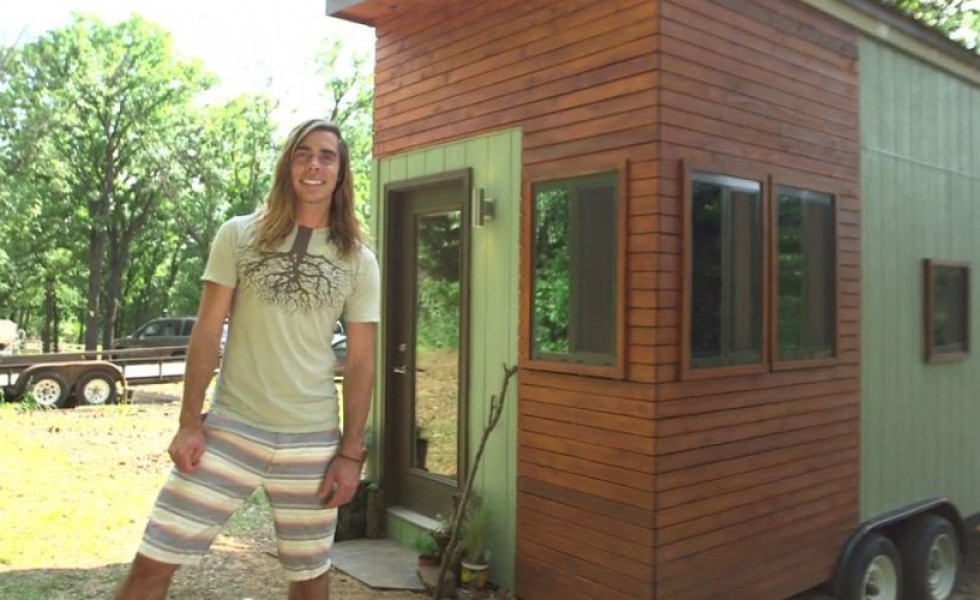 The need for freedom haunts us every day. Unfortunately, nowadays, it is often incompatible with our professional goals. To truly attain freedom we have to break that vicious circle we live in by making bold decisions. Freedom is often right next to us, but we fail to see it. We have here spoken many times about people who gave up everything they had to start over and live their dreams. Today we are telling the story of a young American who sought liberty at any costs and finally found it, in his own ingenious way.

Joel Weber wanted to lead a happy and, especially, a debt-free life, so he built his own tiny house, small and simple, covering just 145 square feet. “I think living simple has always attracted me. A lot of times we forget about the perspective of what we really need. I would rather be happy and be debt-free — not be tied down, trying to be in the rat race because I have to pay for this lifestyle that’s really not even making me happy,” he explained. The house on wheels – the home has a small “attic”

He takes pride in pointing out that, building such a small house, he is testing the boundaries of living smaller. The idea struck him in 2012 when he moved to Nicaragua for a while. This is where he saw for himself life can be lived in a simple and sustainable manner. “They were so happy with so little, and I was so happy with so little,” Weber told The Daily Texan. “Modern necessities, that we would just call standard, a lot of people do not have.”

The house on wheels will include such features as a loft, a guest loft, a propane stove and an energy-efficient   water heater. After acquiring the proper funds, Weber plans to add solar panels and possibly a garden on the roof as well. He also plans to harvest rainwater and recycle his own water. The building process has not been without obstacles. Weber has to make sure the home meets living regulations and register the home with the city. He said, each time he has had his doubts about the project, people encourage him to keep going. He is still working on his project and hopes to finish it this year.