The House In The Old Franciscan Tower – Unique Experience 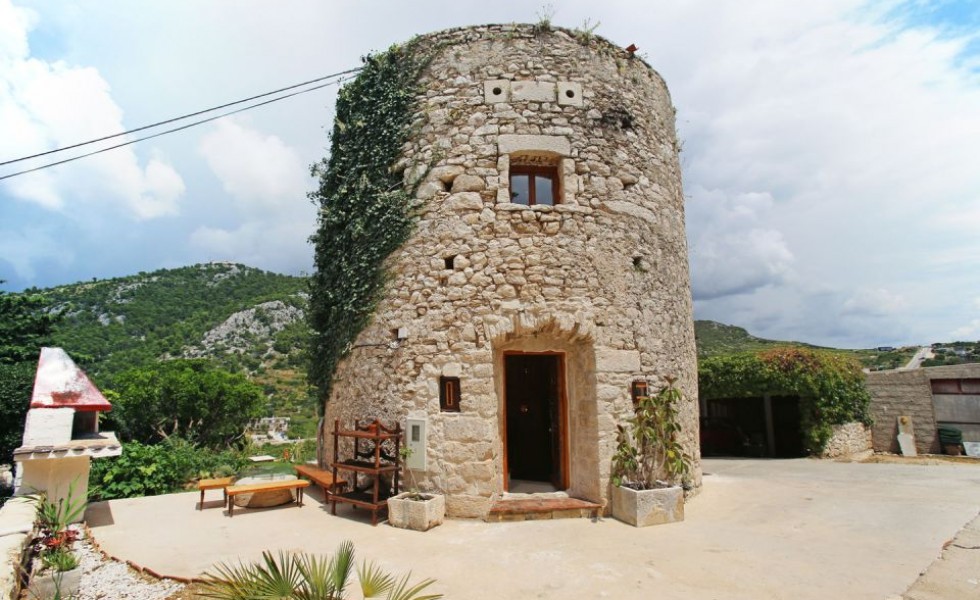 We’ve already seen how churches turn into living places, offering the whole comfort a contemporary home can have. This time, we’ll take a look at an old tower raised by a group of Franciscans in 1761 on the Croatian island of Hvar metamorphosed into a summer retreat, keeping its original exterior aspect, but going through many changes on the inside. Nevertheless, the house in the old Franciscan tower is another perfect example showing vision knows no boundaries when it comes to renovating and bringing old structures back to life.

The tower was built as a windmill by the monks. The new owners wanted to shed the ruin appearance and turn the two and a half century old building into a source of income. The space is now rented via Airbnb and has a lot to offer to those seeking new experiences on the island next to the Dalmatian coast. According to Smallhousebliss.com, the tower’s living space is spread over five floors. Rooms are defined by changes in level rather than by walls. The entry door opens to the kitchen, with the dining area a few steps lower. Old wood chairs and a cart wheel for table bring a medieval feel into this tiny room. A wood staircase curves up to a mezzanine level, used as a bedroom, before continuing up to the living room.

The only interior walls separate the bathroom from the living room. Above the bathroom is a sleeping loft. Because it was never meant as living quarters, the stone tower has only small windows. However there is a great view over the old city from the top-level loft since the old tower lies on a hill. Aside from the shortage of windows, the tower seems to make a fairly comfortable home, once you get used to going up and down all the steps. The tower is pretty conveniently located for visitors to Hvar. It is just a few minutes’ walk from the main square, although it is an uphill walk.