The Home in the Loft – Space Without Borders 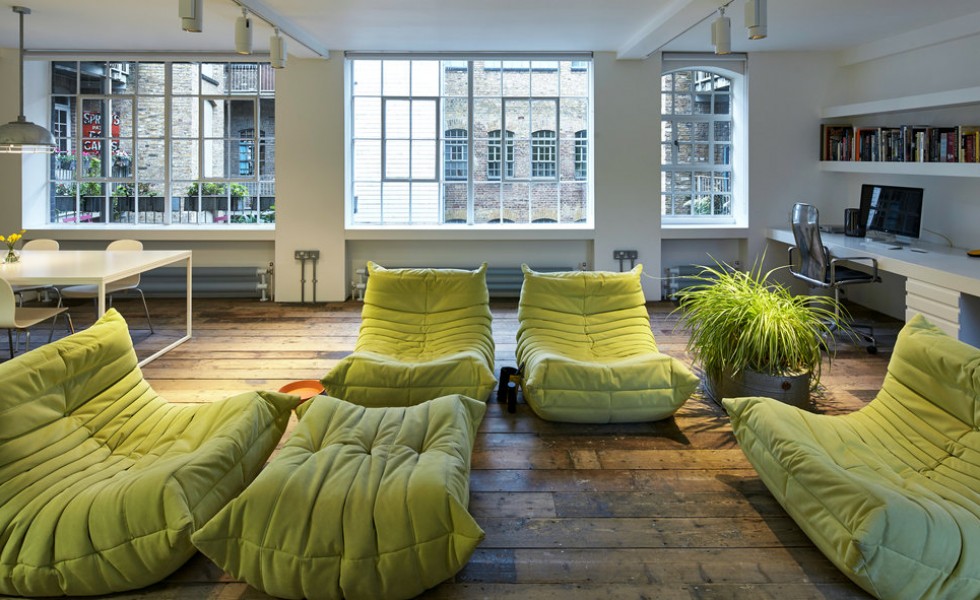 The transformation a photographer put in place in a former industrial space in London is spectacular. Eric Perlberg scoured the world wherever his photographic projects took him, but fell in love with New York, Basel in Switzerland and London, cities where he spent many years.

In 2000, the now 67 year old photographer finally settled down in London where he bought a loft in a former 19th century tin and zinc factory. He now says he wanted to that space to experiment and bring together design features he came across over his professional life in different countries.

The first attempt to renovate the place didn’t go as planned. The first designers he hired talked him into accepting to cover all the industrial details of the place that was one an industrial space so they raised the floor, lowered the ceiling and put up walls to add another bathroom and bedroom. The new owner didn’t like the final results. “I realize now that they just didn’t understand the building as an industrial space. All sense of scale was lost”, he told the New York Times. The home in the loft – a simple bedroom

Ten years later, he renewed the attempt in the home in the loft. What came out this time can be seen in the images below. The new team of architects undid all the work of the predecessors and removed the bathroom and the bedroom. The new designers paid a lot of attention to the materials and finishes. For instance, the wooden floor was bought from a deconsecrated chapel in Wales and they decided to keep it in the original state. They also chose white to ensure chromatic uniformity in the now open space. The home in the loft – a kitchen corner

The bathroom was hidden by the designers in a large white cube near the bedroom that also conceals dozens of storage drawers, a walk-in closet and a utility nook where the washer and dryer and cleaning supplies are kept. The kitchen was relocated to the other side of the apartment from the initial narrow space, near the main entry, and was added a long white acrylic island. At the same time, every lighting fixture in the house can be individually controlled, a detail the owner asked for so that he could have soft or dramatic lighting anywhere that suited him.