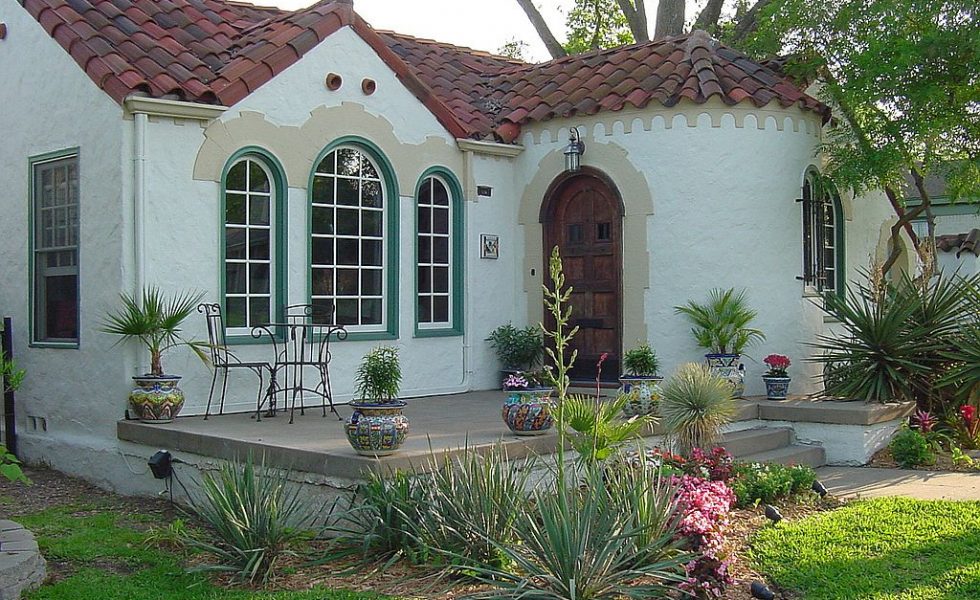 In an era in which the modern design is visible in any field, returning to the classic shapes is like taking a fresh breath of air. We came up with three house plans that feature a fine architecture, marked by design elements that shape an original look. So here some single level homes with classic architecture for those of you who appreciate refinement and elegance under the same roof. All the plans come via website Icase.ro

The first plan shows a house sitting on a living area of 125 square meters. The classic architecture, featuring round and friendly shapes, stands out and gives the place a personalized touch. The house features a garage on the left, next to two bedrooms that share a bathroom. The other half packs the kitchen and the dining that lie separately from the living, both connected to a 21 square meter patio. The estimated price of this house is 52,500 Euros. The second plan shows an equally beautiful house, featuring facades visually enriched by beautiful contrasts of the brick clad areas. On the side, a garage and, respectively, a 23 square meter covered patio, framed by columns. The plan is relatively similar to the one before, with the bedrooms lying on the left, while the separate living areas rest on the right. This house sells for an estimated price of 59,500 Euros. Finally, the third example displays an exotic architecture, with the same Mediterranean air. Sitting on 113 square meters, the house is made up of two volumes covered in red ceramic tile, with a stone chimney towering on one side. The arches and stone columns add refinement to the structure. The living opens to its own patio, with a second one accessible from the kitchen and dining. Two bedrooms rest in the other peaceful corner of the home which can be bought for about 56,000 Euros.