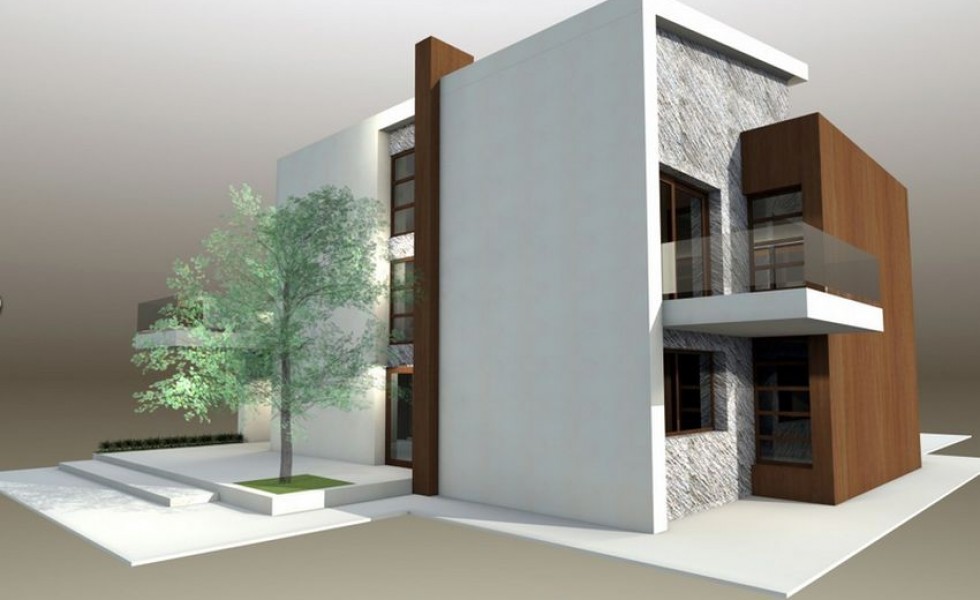 The first plan shows a three story house – ground level, first floor and attic – spreading on a 311 square meters. It is a modern house featuring a design in overlapping and interdependent volumes, in different shapes and colors. Characteristic to this home are the two living rooms, one lying on the ground floor, the other one in the attic where a spacious 59 square meters also lie, permeating the place with beautiful views. The house packs five bedrooms, one of them in the attic, opening to large protruding balconies. The second example is a house which catches the eye thanks to the well-defined lines, with bold shapes and chromatic insertions which personalize the house which lies on a total living area of 195 square meters. The house features, on the ground floor, a living with adjoining dining and kitchen, with the whole open space expanding onto a patio, a study, a bathroom and storage spaces. Three bedrooms lie on the first floor, one of them featuring a balcony opening on a protruding volume which is part of the living on the ground floor. The house sells for an estimated price of 77,350 Euros. The third plan describes a two story house, spreading on 15 square meters. The house features a modern design, with softer lines this time, but displaying the same interpenetrating bodies which give the overall look some dynamism. The ground level is almost entirely dedicated to socializing spaces, with the living featuring large glass expansions opening into a patio, while the three balconies on the first floor boast beautiful balconies. The turnkey price for this house varies between 66,000 and 90,100 Euros depending on the finishes.