The Most Beautiful Manors in Romania. Live It Up Like a Lord 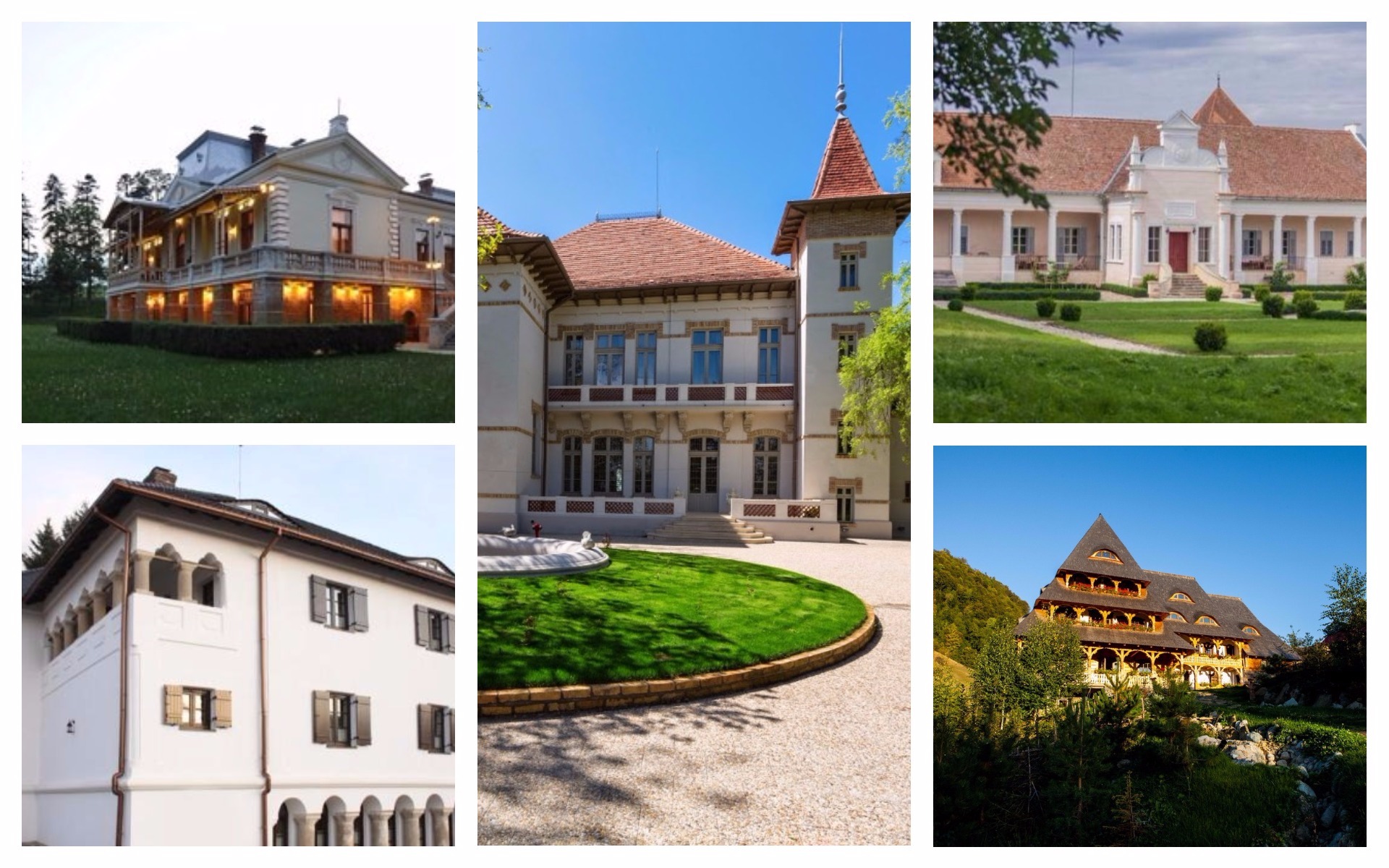 Noble families in the Romanian provinces left some truly valuable architectural jewels that can be admired today. It’s true that most of them were forgotten and left to decay, but some were fortunate enough to be restored and preserved and they are truly worth seeing. Here are five of the most beautiful manors in Romania where you can even spend the night and experience la dolce vita of long gone nobility. The name of this manor comes from a historic character, Tudor Maldar, one of Romanian prince Mihai Viteazu’s captains. The legend says that, as he got caught by the Tatars, he won the heart of the beautiful daughter of their ruler and was released. The two lovers then hid in a fortified manor in Maldaresti, today known as Cula Greceanu. Even if the Manor of Maldar is not the actual spot where these events took place, it was named this way to honor this beautiful story.

This manor is an authentic fortified lord’s home as they were built in this part of the country at the time: it has massive walls, whitewashed, a high observation tower, secret exits and a beautiful balcony with arcades lining the top floor.

The Manor of Maldar preserves the traditions of the region, through the events held here and the food served in its fine restaurant.

Accomodation costs 50 euros/ night in a single room and 70 euro/night for a double, breakfast included. Apafi Manor also has its history, beginning a few centuries ago, when prince Mihaly Apafi, governor in Transylvania, builds this family home in Malancrav, with his wife, Clara. The manor ends up in the possession of a poor peasant and is sold to the Lutheran church and community of the village in 1920. It was confiscated by the communist regime in 1947 and used as a house of culture until the fall of the regime in December 1989. In 1993, on his first visit in Romania, Prince Charles gets to Malancrav, where he hears about the manor. In 2002, Mihai Eminescu Trust, a British-Romanian NGO who supports traditional rural communities in Transylvania, helps the Lutheran community to get the building – a ruin at the time – back from the state and then buys it for 5,000 pounds.

Nowadays, tourists can spend the night in this beautiful manor featuring 4 bedrooms, a lovely courtyard, garden, 2 porches, kitchen, a huge library with some rare books and a superb living room. Guests can also take part in many traditional events in the area, such as the Transylvanian brunch or the Sausage Festival. You’ll find here the most beautiful manor in the region, with its typical features, made entirely out of carved fir tree wood.

There’s handmade wooden furniture in all the rooms, as well as TV, minibar and bathroom. The restaurant serves region specific dishes inside or on the porch that offers a beautiful view. Folkloric events are common. The guests can also enjoy fishing in the trout pond on the property. There are also deer and wild in an enclosure close-by.

Accomodation is around 26 euros/night in a double room. On a 135 acre green domain, Polizu Manor was once the summer residence of the noble Moldavian family Ghica-Deleni. Balls, tea parties and other such recreational events took place here for the family members and their friends. It was the place where the Moldavian high society would be seen in summer. After 1946, the communists turned this lovely home into the headquarters of an association for agricultural cooperation (CAP). In 2010, the heiress of the domain managed to get it back and turn it into a dreamy destination.

The touristic services are organized into summer, fall and winter packages, including 2 – 3 nights accommodation, traditional meals, masage, pool and sauna, for around 435 euros/package. Only 59 de km away from Bucharest, Hagianoff Manor in Manasia lies on a domain with a long history. It belonged to the Cantacuzino family in 1650 – 1795, was bought by the ruler Alexandru Ipsilanti and then, in 1839, by the Serbian prince Efrem Obrenovici. His daughter-in-law, Maria Obrenovici, had a love affair with the ruler Alexandru Ioan Cuza. The domain was sold to the ancient Foreign Affairs minister of Bulgaria Ion Hagianoff, a refugee in Romania at the time, who built the manor in 1899. The plans were made up by a Swiss architect, including Classical and Romantic features.