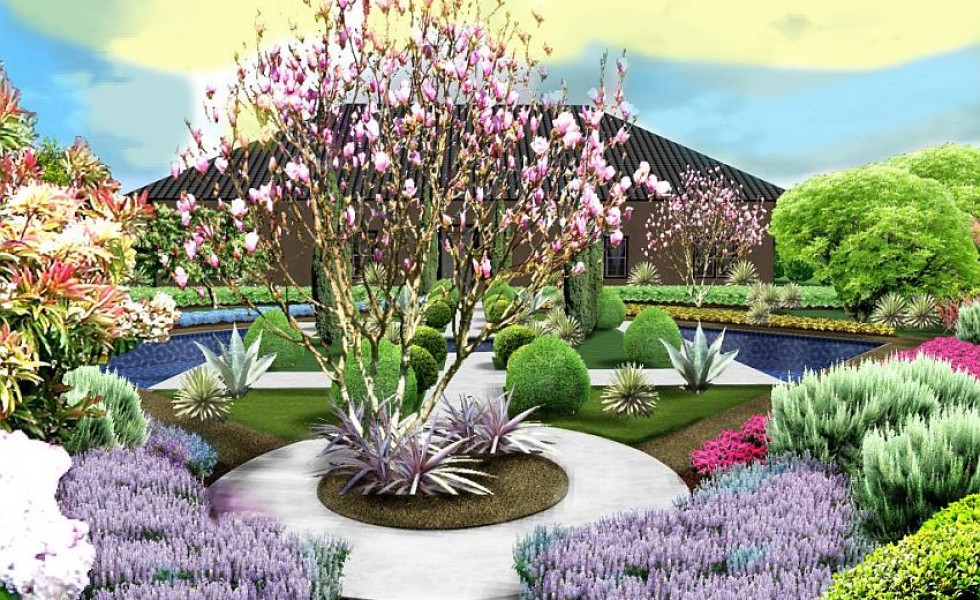 A garden doesn’t have to stay a mere green space behind the house, confined to a series of flowers, shrubs and other landscaping elements. The garden can get extra decorative weight if it is personalized and if we integrate into its perimeter different styles that will catch the eyes of the beholders thanks to its ornamental diversity. So here are more details below about mixed style gardens and some telling images and plans.

The mixed style garden caught shape in the 18th century in France in the context of influences of the English style gardens. It initially consisted in adapting the ancient geometric style gardens which didn’t allow any radical change in the garden design. Thanks to its characteristics which mainly consists in adaptability to natural conditions and some social requirements, the mixed style later on became a separate style in landscaping gardens and yards. Despite its age, the style can be implemented in the present days, too, matching small gardens as well, fine looking and adaptable to any sort of terrain.

The main characteristic is the harmonious blend between the geometric style decorated areas and natural sectors. In a garden, the area next to the entrance is usually landscaped using the geometrical style, along other main focal points, while the natural style is used on the side, closer to the surrounding natural environment. The whole composition has to observe proportionality, balance and symmetry with a final landscape harmoniously put together.

The mixed style is usually used nowadays to set up urban parks, in which spaces allow both easy access and circulation of people, while the rest is dedicated to areas of peacefulness, closer to nature, thus combining aesthetical and functional aspects.

Below are some images coming via the blog of a Romanian landscaper, Carmen Bejan, in which we see hoe the centrally placed geometrical areas make way, on the side, to lawns, beds of flowers and rows of shrubs. Just make sure you use the right dosage when it comes to a balanced repartition between aesthetic and functional. The space has to be thus arranged that it results in a unitary compositional image, alternating regulate, geometrical surfaces with natural areas.