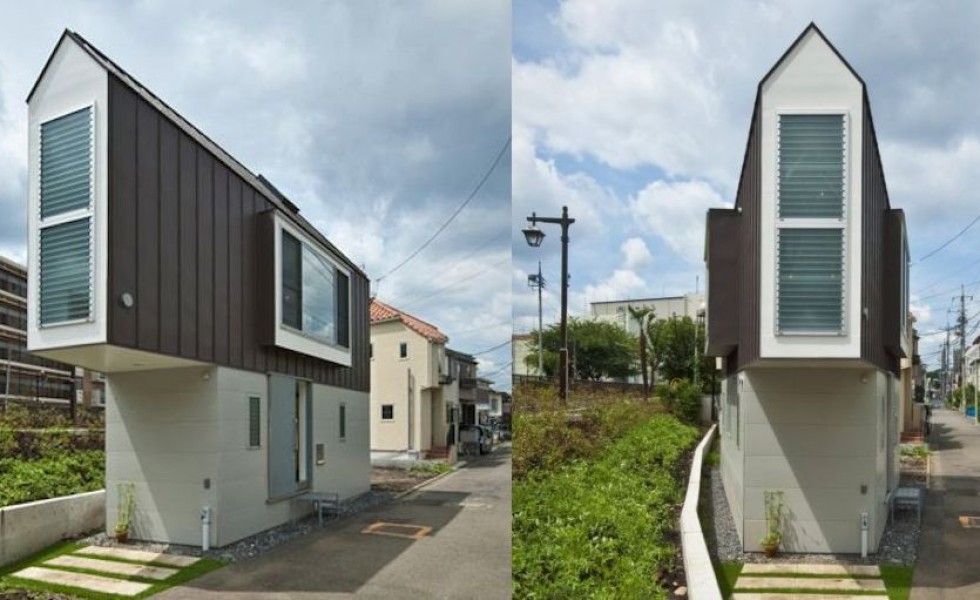 They are small, even tiny in some cases, but dimensions have their well-established role and nothing of the minion aspect is random. The Japanese tiny houses – known in the archipelago as Kyoushou juutaku – are micro-homes which, either for environmental or financial reasons – are specially designed so that every square inch and corner are used in an ever pragmatic manner.

First of all, we have the Japanese people’s need to resort to this type of minimalist architecture. Over 70 per cent of the country’s surface is not fit for constructions, covered by mountains and thick forests. Under these circumstances, Japanese pay stinging prices for whatever related to real estate. Even though the new generation craves for a property title, Western style, and houses bigger than their own actual needs, many Japanese people are still interested in the micro-homes that simplify their lives and also give them the opportunity to turn the dwellings into a genuine show of fine art.

Japanese tiny houses can offer more than meets the eye

Here are a few examples of Japanese tiny houses, the ideal solution in an ever crowded urban environment and incurring high costs of living.

The Nada House in the Hyogo Prefecture, built on merely 36 square meters. Tall and slim, with the rooms arranged as a girdle around a shaft which has the role of distributing the natural light, the tiny house offers a small storage room and a one single car garage on the ground floor. The living, the kitchen and the dining room are on the second floor while the two little bedrooms lie on the third.

Another example of a Japanese tiny house is hori no uchi in Suginami, a suburb of Tokyo. The owner had no problem raising a house at the end of a street, on a surface of 55 square meters, the house basically looking like a peninsula, sandwiched between the street and the banks of a river. Even more interesting is the house itself lies on a surface of merely 27.9 square meters. But for a designer with a vision, the place would have probably served as a parking lot for neighbors.

Japanese tiny houses, a solution to the housing crisis

The garden-house, designed by Ryue Nishizawa, is the answer given to those customers who insist on living in the heart of a busy city, despite high prices. It looks like a four-storey block of flats, but in fact is a single dwelling place built around a central spiraling staircase. Every floor is adorned with flowers which, in the very center of the city, helps owners preserve a degree of intimacy.

The garden-house is another example of Japanese tiny houses

Another example of a Japanese tiny house – Showa-cho in Osaka – bears the name of a suburbs which refers to a period in Japan’s history. Even though tiny, the house is ultra-modern and very stylish. It was designed with the purpose of offering an amazing view and hence the explanation for the glass façade. The interior, as expected, is very bright.