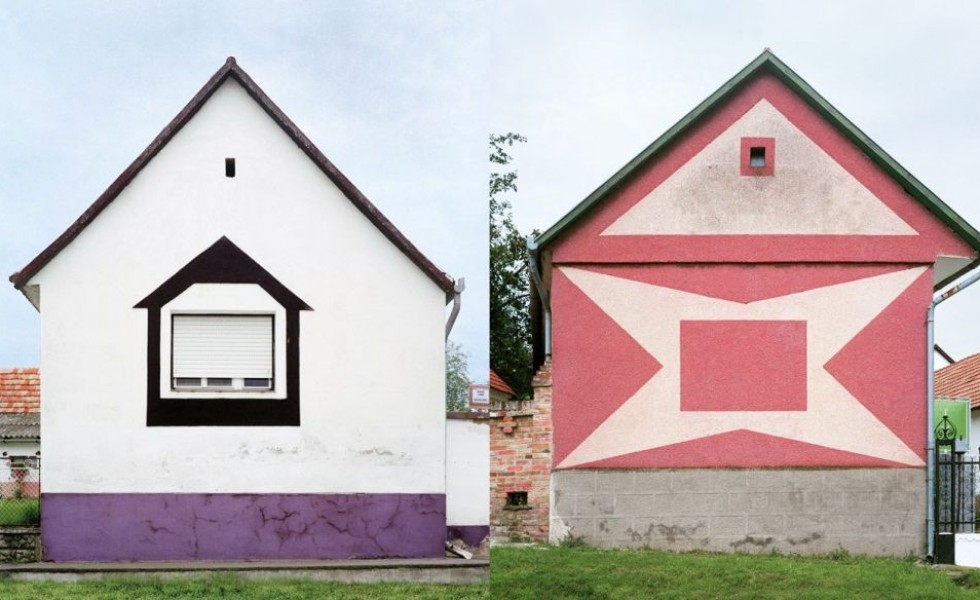 In our architectural pilgrimage across Europe, we stop to take a close look at some Hungarian style houses, pretty known to Romanians thanks to the large Hungarian community in the country. These are homes built in a traditional style, with ceramic tile roofs and wide gables which often expands to the side walls, painted in the same color, simple or featuring small windows on the two stories, with wooden shutters. Below you can see some Hungarian style house plans, from traditional to modern structures.

The first are the so-called Hungarian Cubes which are a regimented type of home dating back to the 1920s, which can be found in many of the country’s towns and suburbs. The buildings have become closely identified with post-war communism, and were often decorated by residents, creating an inadvertent protest against standardization. The photos below were taken by Katharina Roters. Sticking to the same gabled roof design houses, contemporary architects gave modern shapes to the Hungarian traditional architecture. Here are some contemporary design buildings which keep the general classic outline of the Hungarian houses. The first is a weekend house built near the city of Pecs, in southern Hungary. The house sits on 78 square meters and features two stories – a main floor and a small loft which gives the home the traditional contour – and a walk-out basement. As distinctive elements, the house is surrounded by generous terraces, one of them opening to the front, suspended on metallic posts. Hungarian style house plans – modern, with a touch of tradition The same design in which the distinctive element resides in the same gabled roof, made from glass, too, but much statelier. This cluster of gabled buildings by Hungarian office Bord Architectural Studio provides new tasting rooms for a winery in Hungary’s Etyek-Buda region. The Studio designed the complex for the Esterházy Etyeki Kúria Winery, which is located around 18 miles west of Budapest. The owners wanted to modernize their existing wine cellar and pressing house, as well as adding new reception areas for visitors. Another modern set of houses built to accommodate visitors to a vineyard, this time in the Eger wine region of Hungary. The project evolved and the Almagyar Wine Terrace project eventually become a series of buildings and spaces, including small sleeping cabins, a swimming pool, a camping area and a lookout tower.