How to Build An Alley Out Of Reused Bricks 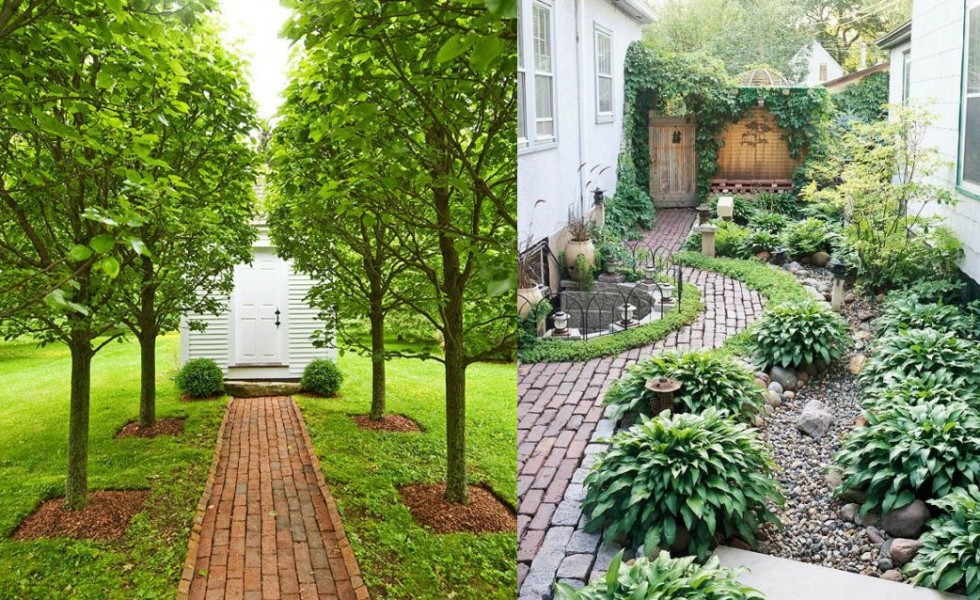 Bricks have always had that special, attractive and warm look which gives them a special place among construction materials. Brick constructions seem livelier, the design suddenly gets dynamism and color and shapes seem friendlier. For this reason, it is a pity to throw away old bricks and not to try to bring them back to life in different ways. For instance, a brick alley that will wind through your garden without staying unnoticed by visitors. Below are a few practical advice on how to build an alley out of reused bricks, as seen on Thisoldhouse.com

The first step is excavating the soil after determining the desired width of the alley to which you should add two inches. Dig until the soil changes color as seen in the image below. After the excavation is done, pour one to two inches of graded base and spray the base with water before tamping it to keep the dust down. Compress the graded base until it becomes even and firm. Add another couple of inches of the base and repeat the process until the tamped layer reaches 3 ½ inches below grade. The next step is installing the side guide rails. But before that, make a screed by using a handsaw and cutting down so it is 6 inches longer than the finished width of your path. Then cut notches at either end that are 3 ¼ inches wide and as high as one of your bricks laid flat. You will later use this screed to level the sand layer you are about to pour and will also help you set the bricks in the final stage. Position then the planks along the walkway and fix them with wooden stakes against the outside of the rails. After pouring and tamping the sand, use the screed to level it. Then dig shallow trenches about 2 ½ inches deep inside both sides of the guide rails. Lay a brick on edge inside the trench and position it to be on the same level with the guide rail next to it. Lay the rest of the bricks in the pattern shown below making sure they are even with the edging bricks. Use a mallet to tap and fix the bricks in the sand at the appropriate level. In the end, shovel a thin layer of sand over the bricks and cover the joints and then wet the alley to settle it. Repeat the process after a week and refill empty joints with sand again to make sure the walkway is firmly settled.