How Is Non-Alcoholic Beer Made and How “Non” Is It? 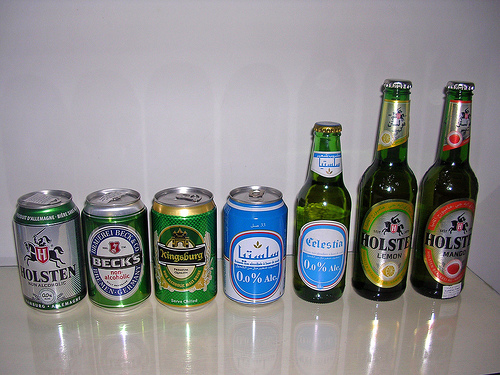 Barbecue outings season started over a month ago and drivers have to trade their favorite beer for them. Moreover, as the weather gets hotter, alcohol intake is not advisable, even if the pleasure of having a cold beer is hard to deny. Non-alcoholic beer seems the obvious solution, but a lot of people who enjoy beer don’t appreciate the taste at all and would rather abstain from drinking beer all together when they can’t have any alcohol. Some people even wonder if it’s as natural as regular beer, since it tastes so “unnatural”. So how is non-alcoholic beer made? Here’s all about the fabrication process.

We don’t know when it all started, but non-alcoholic beer became very popular in the 20s, during the Prohibition. American brewers had to resort to making and selling this bear, since all drinks that had more than 0.5% alcohol were banned. This concentration limit established then is used to this day for defining non-alcoholic beer.

After 13 years, when Prohibition ended, non-alcoholic beer stayed on the market nevertheless, since people had got used to the taste and some couldn’t give it up. The tradition is continued to this day in the US where a number of brands produce light beer

How Is Non-Alcoholic Beer Made? Alcohol Extraction

Making non-alcoholic beer is similar to making the regular one and involves the same ingredients: water, malt and hops. After fermentation, when regular beer is bottled, alcohol has to be taken out of this product.

The most common way to do this is boiling the beverage. Alcohol has a lower boiling point than water (173.1 degrees), so beer is brought to this temperature which is maintained until alcohol level reaches 0.5%. This extra boiling changes its taste. To minimize this effect some brewers use void distillation, bringing alcohol boiling point to 118.4 degrees tops.

Another technique is passing the beer through a sieve so dense that only alcohol and water can pass through. Since there’s no heating involved, there are no significant taste changes. However, it’s not a method brewers prefer because it takes longer, it’s more costly and more people are needed to do the job.

How Is Non-Alcoholic Beer Made? Adding CO2

So after the alcohol level has been dropped to 0.5%, you still need to add some CO2 to call the drink beer. Regular beer doesn’t need this, because fermentation produces the CO2 we find in it. Adding CO2 to make non-alcoholic beer also alters the taste, carbonic acid being responsible for this.

How Is Non-Alcoholic Beer Made? Differences and Precautions

Non-alcoholic beer has less calories (14-17 calories in 100 ml, next to 43 kcal/100 ml, what most types of beer have), which makes it better for those trying to lose weight.

But it should be borne in mind that it still has up to 0.5% alcohol, so it’s forbidden to alcoholics. At the same time, drivers, as well as pregnant women should have it with caution.