Houses in Traditional Style. Beautiful on the Outside and Very Comfortable on the Inside 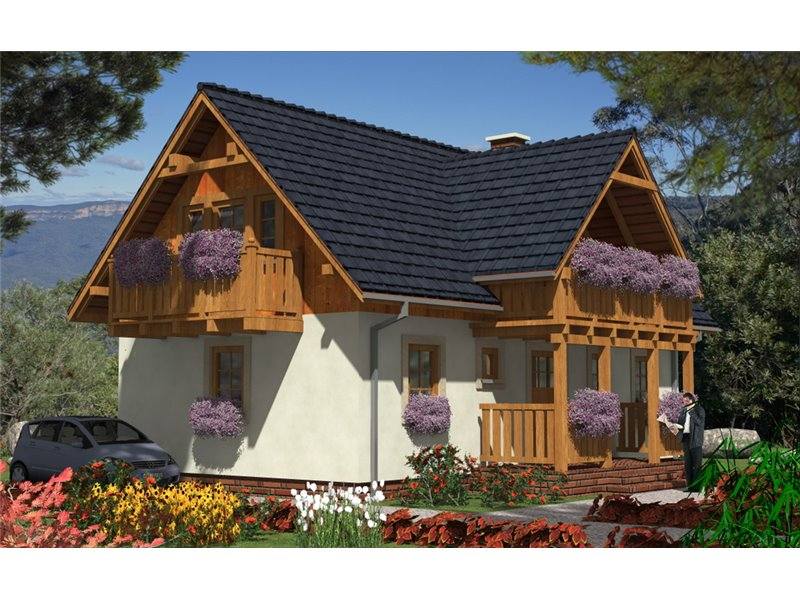 On a market dominated by modern houses, some still look for a home plan to remind them of a happy childhood place in the countryside. So we’ve selected three houses in traditional style, with all the interior comfort required by present day living.

The first is a low house, like traditional countryside houses in the plain. Ita has nice paned windows, big and small, and two exits to the back, also with paned windows, from the living room and bedroom. There’s an enclosed lobby and then a perpendicular hallway, along which are the entrances in all the rooms. There are a bathroom with a small laundry room attached and a toilet next to each other, two bedrooms – a master one with dressing and a smaller one – in opposite corners of the house, while the living room is somewhat separated, somewhat open to the dining room and kitchen. The house has a living area of 1,162 square feet. The second model is also a one-story one, but has a completely different shape, with a tall attic. The look is mainly traditional, with some modern elements like the screened doors and tall windows. The bedrooms are all together, around the bathroom and restroom, on one side of the central hallway. On the other side are the living and dining room with open kitchen. The living area of 1,130 sq. ft. Here is also a two-story home, very nicely decorated with wood, in the style of mountain cabins. It has a balcony at every and, but also in front, above the beautiful porch around the entrance. There’s a large hallway one enters from the lobby, where there are a bathroom, the stairs and an exit to the back. On one side of the hallway there are the kitchen and dining room, while on the other is the living room. The loft consists of three bedrooms, a master one with dressing, a smaller one with the bathroom by its side and a very small one in front, plus a dressing on the hallway. Each bedroom has its own balcony. The living area of this house is 1,356 sq. ft.