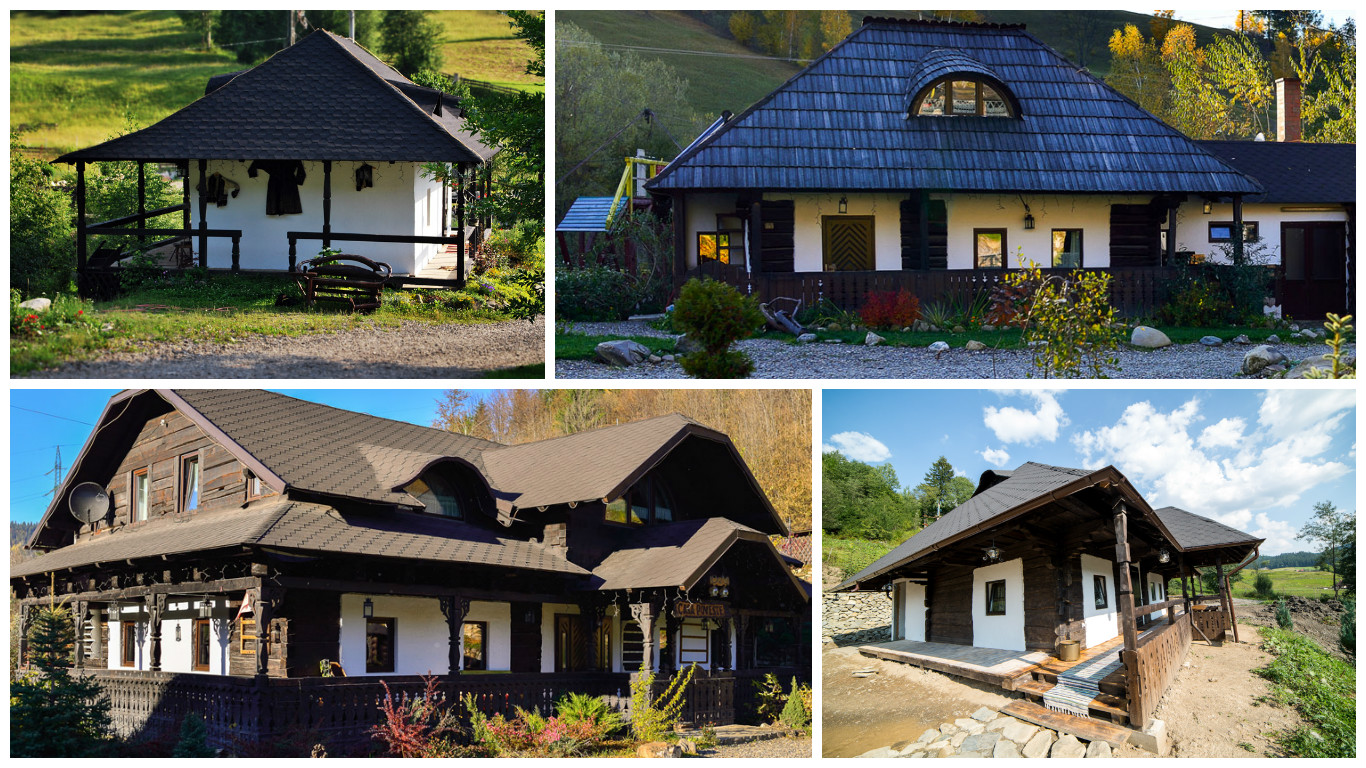 Bucovina region is one of the major touristic attractions in Romania, for many reasons, from beautiful landscape, to crafts, customs and the famous world heritage monasteries. The picturesque villages also contribute greatly to the region’s image. Here are four examples of houses in Bucovina, that illustrate the beauty of the traditional local architecture.

So it’s not just the monasteries, which are monuments, but also common traditional homes that are of interest in the area. Some were preserved due to their owners’ care, some were restored by enthusiasts and some are well conserved in order to accommodate tourists. Anyway, there are still traditional houses in Bucovina to charm those who visit the region.

The general traits of these houses are: a bulky aspect, with large hip roofs, a high rocky foundation, wooden walls, surrounding porch on three sides with carved wooden columns. At the feet of the mountains, outside the town of Campulung Moldovenesc, a family bought four old houses, paying around 500.000 euros for the first three, and dedicated itself to bringing life back into them. They preserved their fine architecture and decorated them with old, rare objects that they also recovered.

The four houses now make up a touristic facility, but are also like an open air museum.

According to experts’ estimates, this house dates back to the 1790s. It has two rooms on the first floor, other two on the second and an additional children’s room in the attic. This is more like a manor house, dating back to the second half of the 19th century. Downstairs is a large living and dining room and there are 5 bedrooms on the second floor. This is a small, lovely home from around 1900. It comprises just one room on the first floor and another in the loft. This was a typical home of “common people” in the villages of Bucovina, dating to the second half of the 19th century. It’s also made up of two rooms, one on every floor.