How to Graft a Plum Tree. Tips for Successful Fruit Tree Grafting 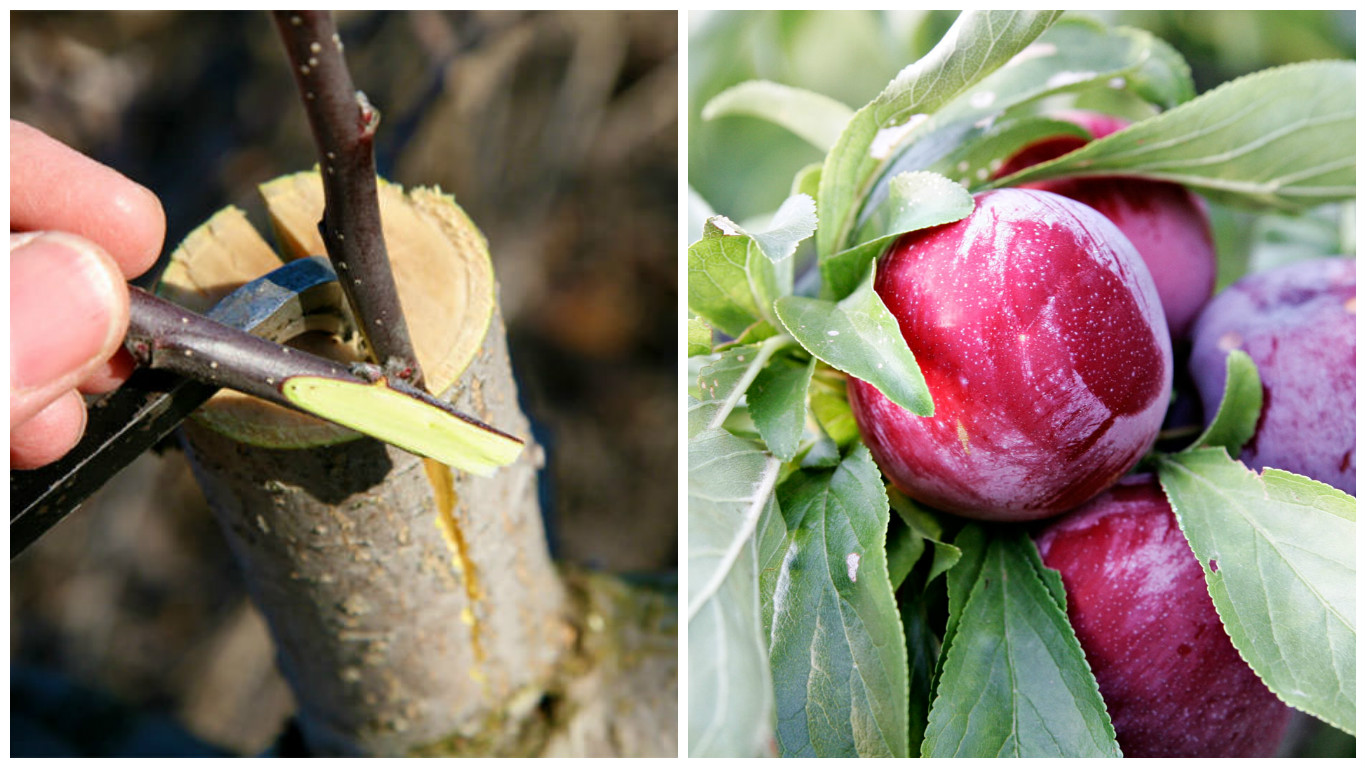 It is the season when grafting is done: spring (March – Mai) and summer – autumn (July – September). Fruit tree grafting (introducing a branch from one tree in the tissue of another) is a way to reproduce them and also to turn a cultivar into another, obtaining a more vigorous tree, that tolerates different types of soil and is drought and cold resistant. This is how to graft a plum tree and what you have to do for the process to be successful.

The plant used as support for grafting is called the rootstock, and it continues to develop its roots and stem, while the one being grafted is the scion, and it develops branches, leaves, flowers and fruit.

The rootstock is what gives the tree its vigor and is used to grow another cultivar that you want in your garden.

By grafting, you also have the advantage of giving a nice shape to the tree, orientating its development where it’s needed, by placing the scion there.

There are different rootstocks, some selected and grown in nurseries, others obtained from seeds (heterozygous) or shoots. It’s easier to just use some that grow naturally, like the cherry plum, the sour cherry or a heterozygous plum tree.

Also the younger the rootstock, the better, 2 – 4 years being the recommended age.

The rootstock should be watered intensely for two weeks before grafting, in order to ensure a better circulation of the sap, which helps get the bark off easier where you make the cut.

To be sure grafting is going to be successful, you should use rootstocks and scions of the same species (Prunus domestica) or section (Prunus).

How to graft a plum tree. Combinations

The most frequent rootstocks for the plum tree are: the heterozygous plum tree, the cherry plum tree (Prunus cerasifera), the blackthorn (Prunus spinosa), the apricot and the peach trees.

The two latter ones can be used as scions on a plum rootstock.

Tags: fruit tree graftinghow to graft a plum treework in the orchard